Continuous-flow reactions with heterogeneous catalysts are useful research targets due to their efficiency, safety, and low environmental impact. Enantioselective Lewis acid catalysis can be a powerful tool in the synthesis of optically active compounds. However, its application in heterogeneous catalysis and flow reactions has remained challenging.

Shū Kobayashi and Yuki Saito, The University of Tokyo, Japan, have functionalized an SiO2 support with aminopropyl silanes, followed by the addition of heteropoly acids (e.g., phosphotungstic acid or PTA) in ethanol at room temperature to form salts on the silica surface (pictured below). Chiral scandium complexes were then non-covalently immobilized—via electrostatic interactions—on the surface of the decorated silicas by mixing the complex Sc(III)-2,6-bis[(3aR,8aS)-(+)-8H-indeno[1,2-d]oxazolin-2-yl)pyridine with the support in acetonitrile. 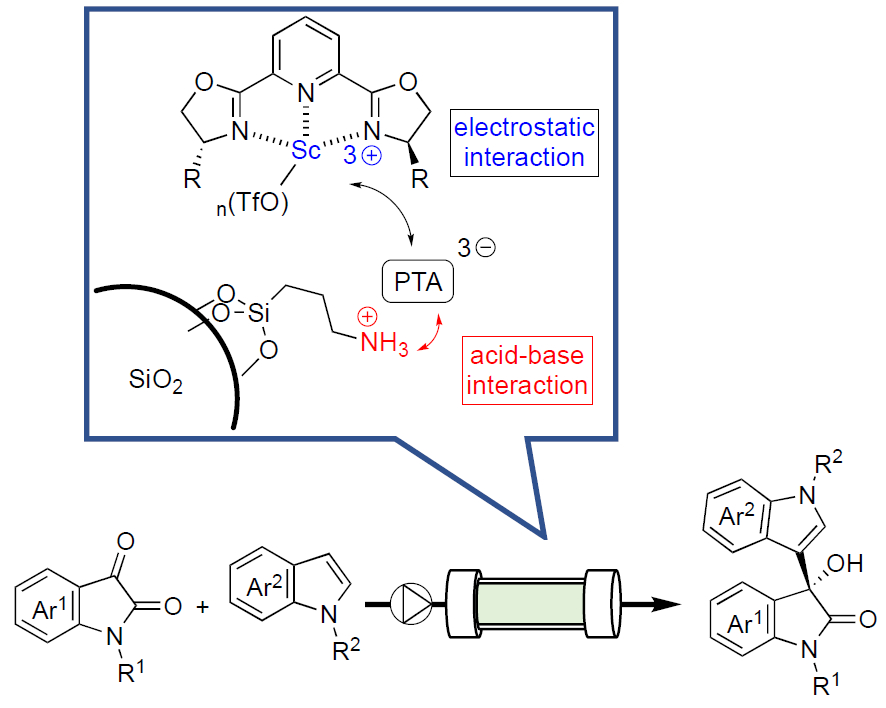