Cumulenes, i.e., hydrocarbons with three or more consecutive double bonds, and hexaphenylbenzene (HPB) can be used as building blocks for carbon allotropes with sp- and sp2-hybridized carbon, respectively. Derivatives of both cumulenes and hexaphenylbenzene have been independently studied for use in molecular devices. Combining both of these types of carbon-rich molecules in a single compound is an interesting research target.

Rik R. Tykwinski, University of Alberta, Edmonton, Canada, and colleagues have developed a method for the functionalization of hexaphenylbenzene using a Friedel–Crafts acylation, selectively providing monoacylated products (pictured below). The monoacylated products can then be used for the synthesis of [5]cumulenes. 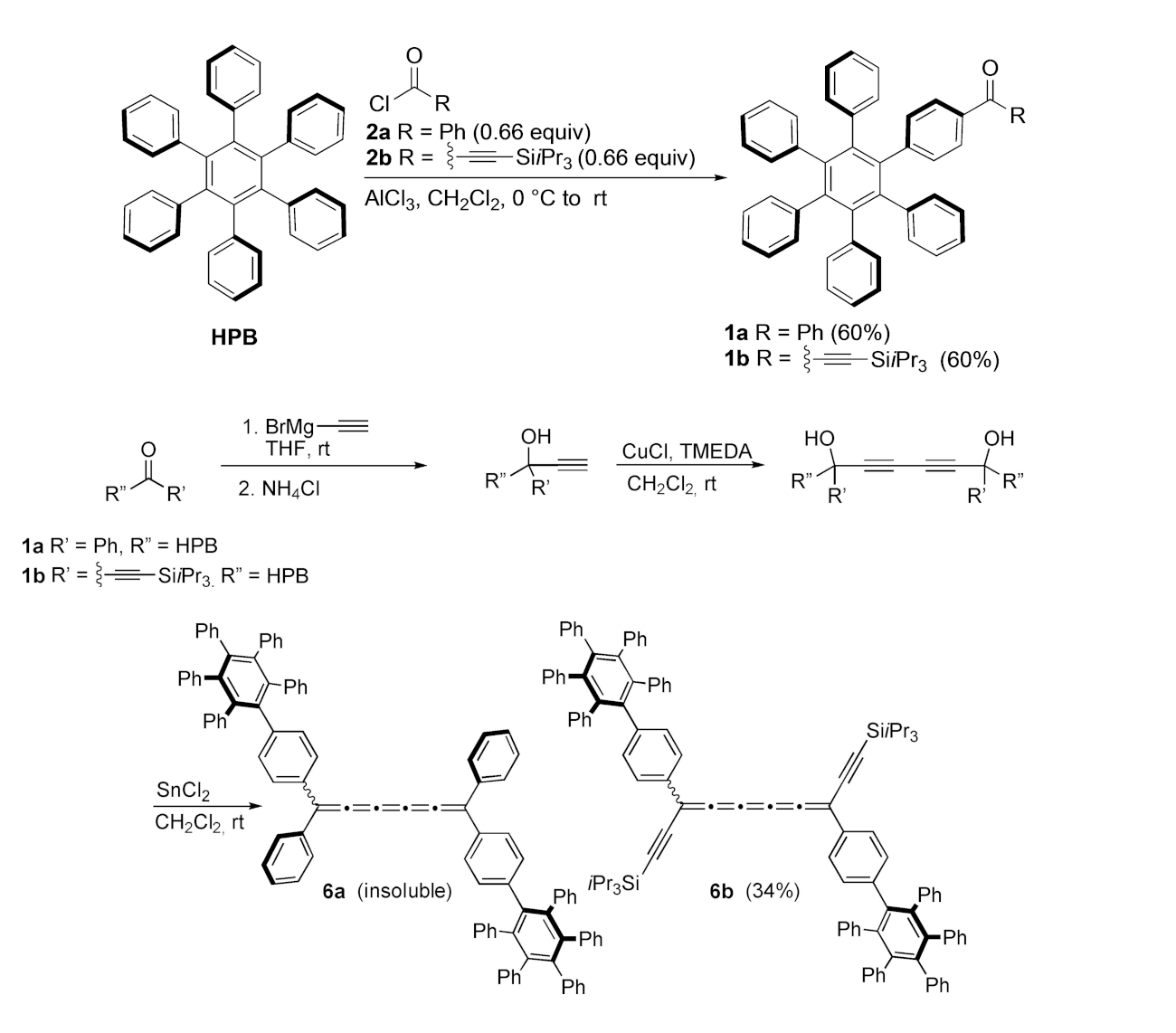 The team found that the [5]cumulene with both HPB and alkynyl end groups shows a surprisingly high kinetic stability due to the bulky nature of the HPB moiety—despite the presence of alkynyl end groups, which are known to reduce stability. Furthermore, this [5]cumulene features a low barrier to rotation, leading to facile cis/trans isomerization at about room temperature. This stable [5]cumulene might be a useful building block for larger, carbon-rich molecules.