Roberta Sessoli, University of Florence, Italy, is a pioneer in the field of magnetic bistability and quantum effects in mesoscopic materials and has authored over 250 papers on the subject. She is now contemplating tackling the challenging world of magnetism at the nano scale.

My career has mostly been spent in Florence, where I was permanently enrolled as a researcher — currently I’m an assistant professor — five years after having got my PhD in Chemistry there, under the supervision of Prof. Dante Gatteschi. The time spent abroad, although short, has been key in my career. In particular, the time spent at the Institut d’Électronique Fondamentale of the Paris-Sud University, France, introduced me to the field of magnetism, to which I have then been able to contribute thanks to my background in molecular and coordination chemistry.

At the end of high school the choice to study chemistry was a leap in the dark, as the education in Italy is mainly focused on humanities. I was immediately fascinated to realize that mathematics, physics, and chemistry were not the sterile subjects I had studied at high school, but new tools in my hands.

What has been your biggest influence?

My father often told me that he was a lucky man because he could do a job he liked. He also imparted to me the conviction that it is important to make the most of ourselves and our endowments. This has been my commitment.

I have never had the impression that my career has been either positively or negatively influenced by being a woman. However, if I try to figure out who played a key role in my career, I find only men.

Although the percentage of women in sciences is constantly increasing, I am not sure that power is going to end up equally distributed among genders. My personal opinion is that women, in general, are less attracted by power than men. By giving birth to new lives women already get intimate contact with power and responsibility and so seek it less elsewhere.

What was the best advice you have ever been given?

A very useful piece of advice came from the midwife that assisted me when I delivered my first child: the best use of your money is to hire someone to help you at home. I would also suggest that women should put aside any sense of guilt at sharing time between family and job.

How do you combine family and job?

We are used to the sentence “Behind every great man there is a great woman” but the reverse is also true. I have to admit that being a women in sciences in a Latin country, where relatives live closer and the pressure of competition is less, is probably easier than in Anglo-Saxon countries. I have also a mind that is split in hermetic compartments. At work I really forget that I have a family.

As a child I got no education in music. I have recently decided to start taking piano lessons — I’m doing the same program that children pushed by parents often follow until the burst of pubertal hormones. I am also fascinated by the metacognitive aspects of learning how to play an instrument.

Reading and running fill all the remaining slots of my spare time.

It would be fantastic if in ten years from now I could play one of the easiest Chopin’s mazurkas. More relevant for this interview, I am now facing the challenge of abandoning the still and familiar water of molecular magnetism in favor of the open sea of nano and surface science, although with magnetic molecules still floating around. To be able to make a significant contribution also to this field is my goal. 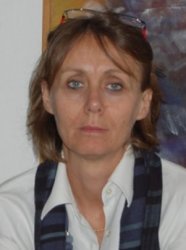 Roberta Sessoli received her PhD in Chemistry from the University of Florence, Italy. There, she worked on low dimensional molecular magnetic materials under the supervision of Dante Gatteschi. Since 2000, she has been associate professor of chemistry at the University of Florence. Her research interests have focused on the magnetic properties of molecular clusters and chains. She has been a pioneer in the field of magnetic bistability at the molecular level and quantum effects in these mesoscopic materials.

In 2002, she was awarded, with four colleagues, the Agilent Technology Europhysics Prize for this work. More recently she has moved towards the investigation of magnetic molecules organized on surfaces.

She is author of more than 250 articles, a book, and several book chapters. She is, or has been, a member of the editorial and advisory boards of international journals in chemistry and material science, including Dalton Transaction, Journal of Material Chemistry, Inorganic Chemistry. She is also mother of three boys, two of them fraternal twins.