The Fritz Haber Institute (FHI) of the Max Planck Society was founded in 1911 as The Kaiser Wilhelm Institute for Physical Chemistry and Electrochemistry with Fritz Haber as its director. In 1952 the Institute took the name of its founding director and in 1953 it joined the Max Planck society. 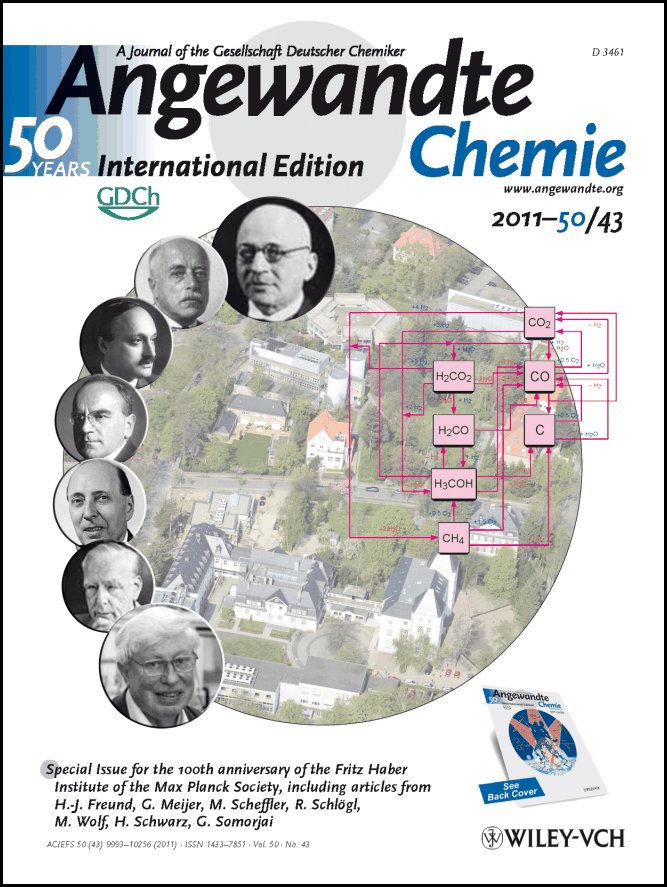 
Issue 43/2011 of Angewandte Chemie is a special issue to mark the 100th anniversary of the FHI and contains Essays outlining the history of the FHI, and a candid account of Fritz Haber’s career. Haber was awarded the 1918 Nobel Prize for developing the process that bears his name for the conversion of nitrogen and hydrogen into ammonia. On one hand, this process benefits society as it allows the production of fertilizers, on the other, it also allows the production of explosives, and Haber was also involved in the synthesis of poison gas. The Essay “Fritz Haber: The Damned Scientist” outlines the contrasting aspects of Haber’s life.

Other specially commissioned articles include a Review on CO oxidation as a prototypical reaction for heterogeneous processes co-authored by the Directors of the MPI: Hans-Joachim Freund, Gerard Meijer, Matthias Scheffler, Robert Schlögl, and Martin Wolf. CO oxidation is one of the best-known heterogeneous reactions, and the understanding of this process is a major contributor to the enormous progress made in fundamental insights into catalysis, which was the core of Fritz Haber’s work. The multidisciplinary approach required in developing experimental and theoretical methods is a typical example of the research carried out at the FHI.