Professor Luis A. Oro is Director of the Instituto Universitario de Catálisis Homogénea (Institute of Homogeneous Catalysis) at the University of Zaragoza, Spain. He served as President of the European Association for Chemistry and Molecular Sciences (EuCheMS) from October 2008 to October 2011, when he was succeeded by Professor Ulrich Schubert, Vienna University of Technology, Austria.

Luis Oro continues to serve on the EuCheMS Executive Board as Past-President until October 2013. He talks to Vera Köster for the ChemViews Magazine about his research, EuCheMS’ role in European science policy and his Presidency.

Since my postdoctoral studies at Cambridge University, UK, I have mainly been involved in research on the coordination and organometallic chemistry of platinum group metals and catalytic applications. I have been a professor at the Universities of Madrid, Santander, and, since 1992, at Zaragoza, all Spain. I have been a visiting professor at several European Universities. During this period, I have also served on the Spanish science administration, several EU committees, and also as President of the Spanish Royal Society of Chemistry (Real Sociedad Española de Química, RSEQ).

What is the EuCheMS’s role, in your opinion?

To create a European identity among the chemical societies, to increase the visibility of chemistry at the European level, and to act as political voice towards European and international organizations.

EuCheMS is working to put European chemistry as an entity on the map, as the American Chemical Society (ACS) does for its continent. The European Chemistry Congresses, held in Budapest (2006), Torino (2008), Nuremberg (2010), and the future Prague congress, to be held in 2012, along with the numerous European scientific meetings, sponsored events, and the development of initiatives in specific areas, carried out by Divisions and Working Parties, are important catalysts for promoting European chemistry.

Is the diversity of all EuCheMS members more of a strength or a challenge?

Both, a strength and a challenge. Chemistry in all countries is under increasing pressure, therefore, the need for a more dynamic and officially recognized not-for-profit organization with headquarters in Brussels to facilitate contacts with decision makers at a European level is increasing.

It is very important that EuCheMS provides a point of discussion in order to influence European Union government and politicians on the development of European research and the key role of chemistry as a central science.

What was the greatest challenge during your presidency?

To review governance structures and to move our headquarters to Brussels.

And what are you most proud of?

I am very proud of the enthusiasm and creativity of our European Young Chemists Network and the launch of the first European Sustainable Chemistry Award. On the other hand, I have also enjoyed many IYC 2011 activities.

After the IYC 2011 what, in your opinion, has to follow to keep up the momentum?

We should continue to explain that chemistry is a creative science, and that the many new advances in chemistry are allowing us to develop more environmental friendly molecules, materials, and applications, while preserving the quality and the lifestyle we expect.

What is the EuCheMS strategy paper for the Importance of Chemistry about and how was it received?

All of the technological advances that surround us required breakthroughs in science and chemistry is a science that has laid the foundations for many everyday technologies. In line with this, EuCheMS has recently presented to the European Commission a detailed document entitled “Chemistry: developing solutions in a changing world”. This is EuCheMS’ contribution to the Commission’s consultation on the future of the European Union research program. It has been received extremely well. In addition, we have presented our specific views in a recent workshop, organized by the Science and Technology Options Assessment (STOA) of the European Parliament in cooperation with us (EuCheMS) and the European Chemical Industry Council (Cefic).

Can you tell us about the EuCheMS cooperation with Cefic?

Since last year our headquarters are at Cefic building in Brussels, Belgium. This facilitates cooperation and synergies. The above mentioned joint workshop at the European Parliament is a good example. At a European level, I believe that chemistry is a unique area in which industry and academia are working together for specific aims.

You are one of the four presidents of ChemPubSoc Europe as well. How does this group of societies fit the picture?

I was fortunate to be part of the initial discussions in the 90s, dreaming of the possible amalgamation of many diverse chemical journals owned by national chemical societies, of variable quality, into a number of high-quality European journals. Two decades later, the dream is a reality and ChemPubSoc Europe is a very successful organization of 16 European chemical societies, sharing a commitment to scientific excellence, to publishing ethics, and to the highest standards in publication, in close cooperation with Wiley-VCH.

The actual collaboration of our conglomerate societies, represented by ChemPubSoc Europe (CPSE) and the Asian Chemical Editorial Society (ACES) has been very fruitful in the case of Chemistry – A European Journal and Chemistry – An Asian Journal. We also appreciate the support of ACES for the ChemSusChem journal. Therefore, we look forward to extending the fruitful collaboration with all ACES partner societies.

You are professor of chemistry at the University of Zaragoza, Spain. What is your research focus? What are the highlights of your research?

Our research is focused on organometallic chemistry and homogeneous catalysis with special emphasis on the understanding of mechanisms. Some achievements of our group that I personally liked are in the area of mechanistic studies on imine hydrogenation, catalysis by dinuclear complexes or metal-dihydrogen complexes. Concerning cluster chemistry, the preparation of novel and unusual architectures — such as the linear tetra- or hexa-nuclear rhodium and iridium complexes or new types of linear homometalic or heterometallic imido metal clusters — could be considered a good achievement.


Where do you personally see chemistry in Spain heading? How does this compare to chemistry in Europe in general?

Chemical research in Spain has undergone a rapid and positive progress in the last three decades. The ISI Web of Knowledge clearly supports this statement. Thus, during the period 2000–2010, Spanish chemistry is 9th in the world based on the number of published scientific articles, and this position is significantly improved to the 7th position when considering the citations number. Furthermore, the Spanish chemical production represents about 4 % of that produced worldwide during the last ten years. These numbers place Chemistry among the most successful scientific areas at a national level and well placed in the European scenario. I believe that the evolution of Spanish research in chemistry is very promising.


What do you do in your spare time?

Outdoors sport activities. Mountains are my passion and I enjoy weekends at the Pyrenees for skiing or climbing. I use to travel once per year to the Himalaya or the Andes for trekking or climbing some not very technical mountains in the range of 5,000–6,500 meters.


Thank you for the interview. 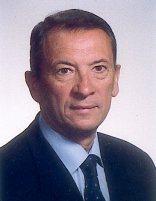 Professor Luis A. Oro obtained his Ph.D. in 1970 from the University of Zaragoza, Spain. He carried out postdoctoral studies at Cambridge University, UK, from 1972 to 1973. He has served on the faculties of the Universities of Zaragoza, Madrid Complutense, and Santander, Spain, and became full professor of Inorganic Chemistry in Zaragoza in 1982. He is currently Director of the Instituto Universitario de Catálisis Homogénea (IUCH) at Zaragoza.

Oro’s main research interests are in coordination and organometallic chemistry of platinum group metals where he has coauthored well over 500 scientific papers on synthesis, reaction mechanisms, homogeneous catalysis, and written several reviews and books. He is, or has been, a member of the editorial board of several scientific publications dealing with inorganic and organometallic chemistry, including Angewandte Chemie.

He has also served in high level positions in the Spanish science administration as well as vice-president of the European Science Foundation. From 2008–2011, he was the President of the European Association for Chemistry and Molecular Sciences (EuCheMS) and he will continue to serve on the EuCheMS Executive Board as Past-President until October 2013.