Porous materials are used in many areas of applied science and engineering and we also encounter them in everyday life, for example, zeolites in washing powder. Most often these materials are man-made or naturally occurring zeolites, but lately  Metal-Organic Frameworks (MOF) and Porous Coordination Polymers (CPs) have emerged as contenders on the porous materials scene. These may have properties radically different from those of zeolites, thus providing other areas of applications or enhanced performance in certain cases. They comprise metal ions or polynuclear metal entities, bridged by organic molecules.

As is often the case, practice precedes theory and synthesis precedes nomenclature and terminology. This has certainly also been the case for this area, an interdisciplinary research field with origins in coordination and solid-state chemistry, that is now also attracting the interest of the chemical industry.

The diversity in both focus and scientific basis of the researchers involved has lead to numerous terminology suggestions and practices for this class of compounds and the International Union of Pure and Applied Chemistry (IUPAC) has, therefore, charged a task group consisting of prominent researchers in the field with the delicate task of defining a suitable terminology that can gain a broad acceptance. 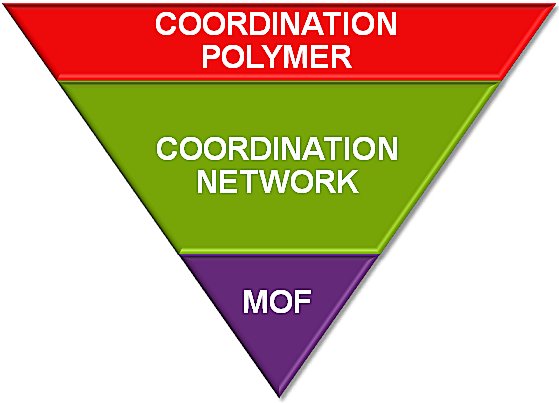 One of the criteria a MOF needs to fulfill is that it contains potential voids, but no physical measurements of porosity or other properties are demanded per se.

The use of topology and topology descriptors to enhance the description of crystal structures of MOFs and 3D-coordination polymers is, furthermore, strongly recommended.

An example of the terminology would be: 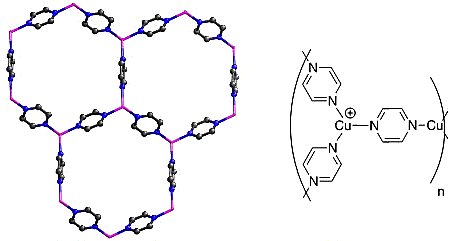 Example of a Coordination Network that can be seen both, as a 2D-coordination polymer and as a MOF (S. Kitagawa, M. Munakata, T. Tanimura, Inorg. Chem. 1993, 31, 1714.)
Coordinated acetonitrile, acetone solvent, anions and hydrogen atoms not shown.

A separate IUPAC task group chaired by Richard G. Jones, University of Kent, UK, is working on recommendations for naming these compounds. 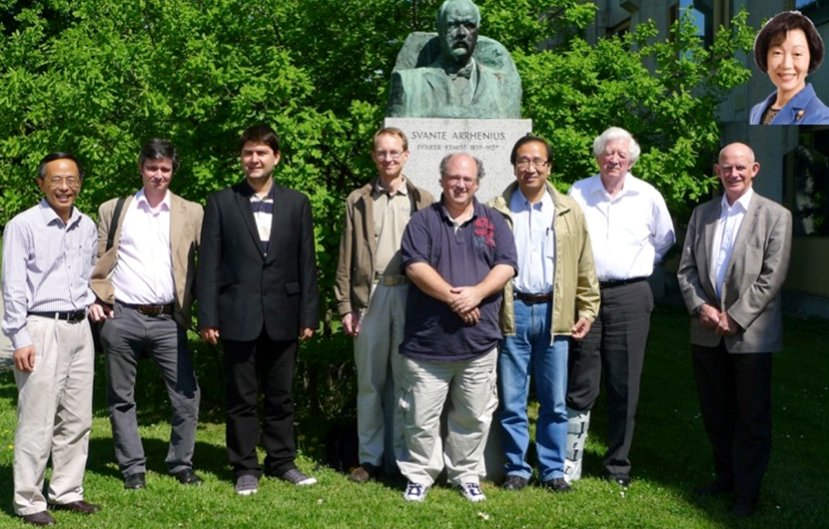 The task group assembled in Stockholm, May 2012.

Public Review
The group’s recommendations have recently been delivered to IUPAC as a set of terms, definitions, and recommendations provided for use in the classification of CPs, networks, and MOFs. These provisional recommendations are currently under public review and can be downloaded at:

Comments should be addressed to the task group chair, Professor Lars Öhrström, by 30 April 2013.