Professor Walter Leitner and Professor Jürgen Klankermayer, RWTH Aachen, Germany, have been awarded the European Sustainable Chemistry Award (ESCA) 2014. The award was presented during the opening ceremony of the 5th EuCheMS Chemistry Congress, which takes place in Istanbul and is organized by the European Association for Chemical and Molecular Sciences (EuCheMS).
The award recognizes their important contribution to the field of catalytic transformation of carbon dioxide.

Walter Leitner studied chemistry at the University of Regensburg, Germany, where he received his PhD in 1989. He spent time at the Dyson Perrins Laboratory for Organic Chemistry, University of Oxford, UK, with Professor J. M. Brown and habilitated at Friedrich-Schiller-University, Jena, Germany, in 1995. After three years as group leader at the Department of Organic Synthesis at the Max-Planck-Institute for Coal Research, Mülheim/Ruhr, Germany, he now is the Director of the Institute of Technical and Macromolecular Chemistry at RWTH.

His research interests include green chemistry through sustainable catalytic processes, new chemical transformations and new raw materials for energy carriers and chemical products, as well as supercritical fluids and other advanced fluids as benign reaction media for catalysis.

Jürgen Klankermayer also started out at the University of Regensburg, where he received his PhD in 2002. He did his postdoctoral research with Professor Francois Mathey and Dr. Duncan Carmichael, École Polytechnique, Paris, as well as with Professor J. M. Brown at the University of Oxford. Since 2009, he lectures on mechanisms in catalysis as junior professor at the Institute of Technical and Macromolecular Chemistry at RWTH.

His research focuses on catalysis and sustainable chemistry. 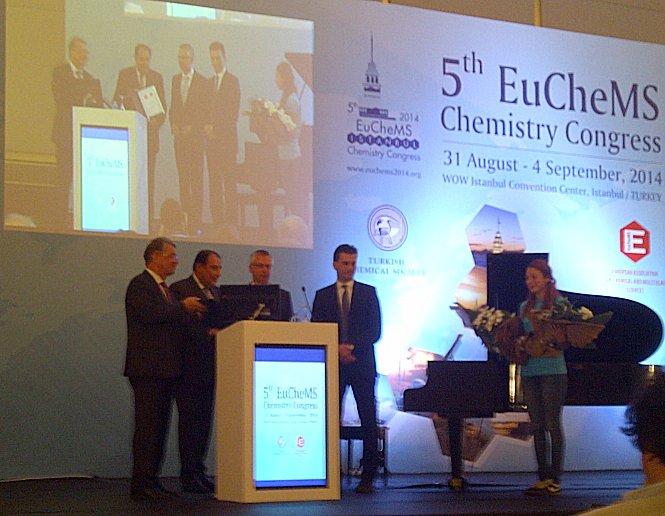 All articles published from this event