This year, 2015, marks the 10th volume of Chemistry – An Asian Journal. The journal was founded in 2006 as a high-impact general chemistry journal with roots in Asia and a broad international appeal among readers and authors. The Asian Chemical Editorial Society (ACES), whose constituent member societies co-own the journal, has grown from the original six societies when the first issue was published to include 13 major chemical societies from across Asia and the Pacific region today. 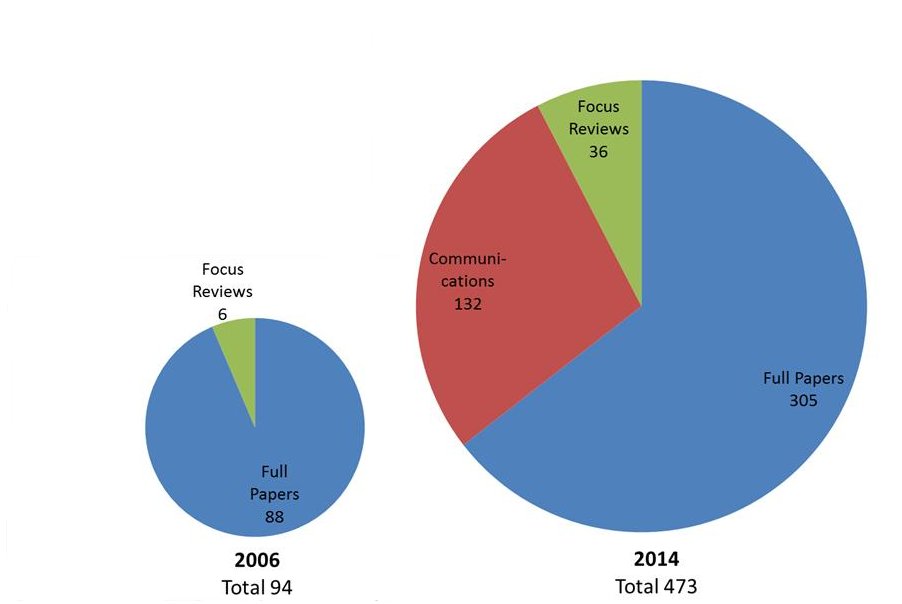 This dramatic growth has been accompanied by a shift in the geographic origin of the published papers. In 2006, only nine papers from China were published, with more than six times as many coming from the rest of Asia and nearly twice as many from Europe. In 2014, by contrast, nearly half of all contributions had corresponding authors in China (s. Fig. 2), with solid growth also coming from other parts of Asia. The number of papers from the established communities in Europe and North America has increased more modestly. 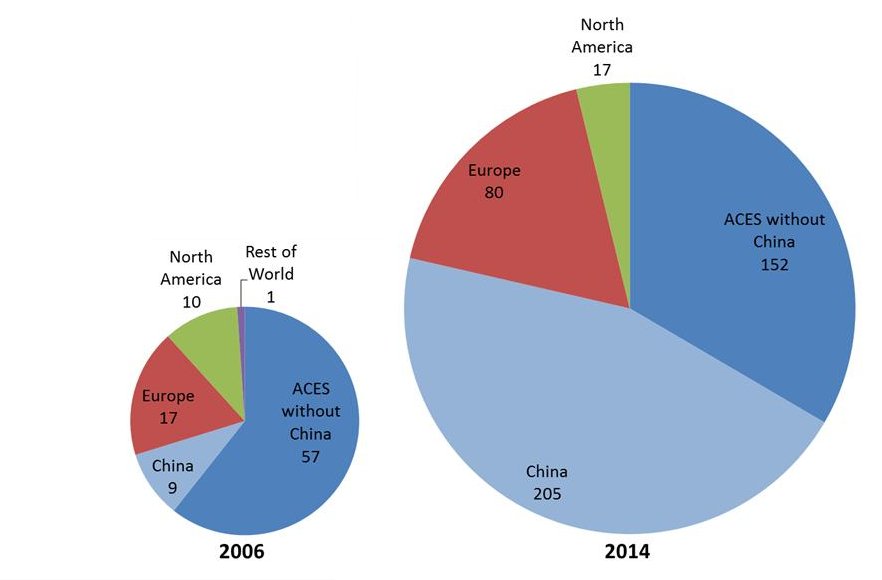 More special features are planned throughout the year, including a special issue featuring contributions from the journal’s current and former Editorial and International Advisory Board members as well as a reception at the Pacifichem conference in Honolulu, Hawaii, Dec. 15–20, 2015.