Professor C. N. R. Rao was born in Bangalore, India in 1934. After achieving his Masters degree from Banaras Hindu University, India, and a Ph.D from Purdue University, USA, he began his academic career at the Indian Institute of Science. Since then, he has become an expert in solid state and materials chemistry. Many of India’s scientific resources have been developed due to his efforts and he was recently awarded the August-Wilhelm-von-Hofmann-Denkmünze prize in which the GDCh recognizes outstanding foreign scientists.

On the eve of a special issue of European Journal of Inorganic Chemistry in which C. N. R. Rao is a guest editor, ChemViews had the pleasure to interview him on why he chose one- and two-dimensional inorganic nanomaterials as a topic.

1. Why did you choose this topic for the special issue? What were the most important trends that you hoped to cover when you planned this issue?

The area of nanomaterials has become very important. It has indeed become very popular in the last few years. Especially noteworthy in this area are one-dimensional and two-dimensional materials. In the case of two-dimensional materials, graphene has become a sensational topic and this area, which started four years ago, has received great attention from physicists, chemists and materials scientists. What is interesting is that inorganic analogues of both one-dimensional nanotubes and two-dimensional graphene are being made in addition to nanowires. It is because of the timeliness of this topic that we thought it important to have a special issue of the European Journal of Inorganic Chemistry.

2. Where is research in this area heading?

Research in this area is going on briskly all over the world and I expect some important applications to emerge particularly from inorganic nanowires and graphene besides from carbon nanotubes.

I have been interested in the topic of nanomaterials for more than 20 years. Let us not forgot that fullerenes themselves are zero-dimensional “nano” molecules. I first got interested in working on small metal clusters or metal nanoparticles many years ago to explore how many atoms it takes to make a metal become non-metallic. Since then, I have been working on a variety of aspects of nanomaterials, including those of carbon. We have made several inorganic analogues of carbon nanotubes and graphene in our laboratory for some time.

4. You have had an enormous influence on generations of chemists throughout India and the world. What kinds of changes have you experienced and what differences between India and other countries do you notice today? 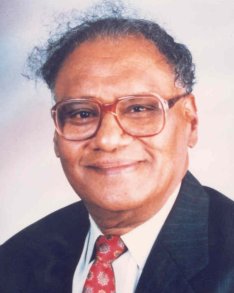 I am happy to be a chemist. I have been doing research for almost 60 years, 52 years of which as a faculty member guiding research of young Ph.D students. I started when India was poor and had no facilities. Today, India has good laboratories and funding is easily available. The transition from nothing to something positive has been extraordinary. In spite of everything, I have done my best to carry out research of good quality from this country for over half a century and I am pleased that the work carried out by me and my students has received some appreciation from colleagues from all over the world. I believe that in the future there will be new leaders in chemistry, especially from Asia. I do hope that India will produce great chemists as well.

It is really a matter of pleasure for me to see emerging countries becoming leaders in science over the past few years.