ChemistryViews.org, the news and information service for chemists and other scientists, was launched on May 21, 2010.

Last week, we asked you to guess what else happened and have the chance to win the book The Future of the Chemical Industry by 2050 by Rafael Cayuela Valencia. The winner is M. Dirtu from Belgium.

Please find the correct answers below. While the Icelandic volcano Eyjafjallajökull did erupt in early 2010, the analysis of the ashes’ health risks was not published until 2011. The Nobel Prize in Chemistry 2010 did go to Richard F. Heck, Ei-ichi Negishi, and Akira Suzuki for palladium-catalyzed cross couplings in organic synthesis, but was announced on October 6, 2010. 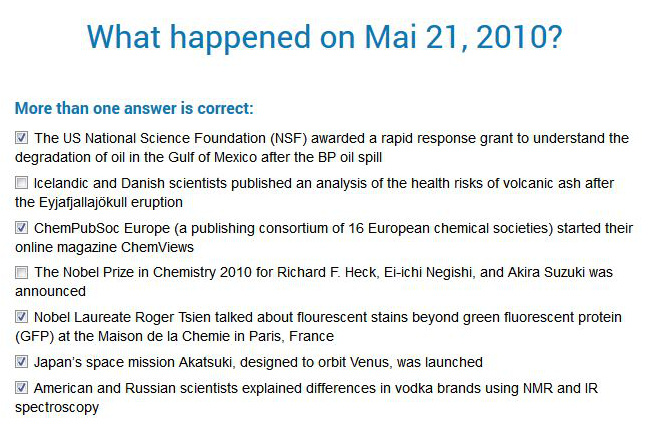