Reaction from the catalysis community on this year’s Nobel Prize

This year’s Nobel Prize in Chemisty was jointly awarded to Richard F. Heck, University of Delaware, USA, Ei-ichi Negishi, Purdue University, USA, and Akira Suzuki, Hokkaido University, Japan, for their work on palladium-catalyzed cross couplings in organic synthesis. Their work has developed into standard tools in labs across the world as catalysis becomes an increasingly important route to complex synthetic targets.

Chemistry—A European Journal asked some of their authors for their reaction to this year’s Nobel Prize in Chemistry: 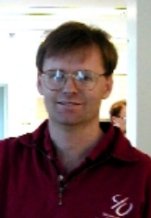 Michael Organ, York University, Canada: “While, for simplicity sake, we teach organic freshman that hard organometallics can readily substitute leaving groups directly to create carbon–carbon bonds, which is the backbone of organic synthesis, the truth is that such reactions do not work well at all. The discovery that transition metals could facilitate such transformations in the 1950s and 1960s with hard anions, such as Grignard reagents, provided the key to unlock the wealth of catalysis that would follow. The discovery that less reactive carbon–metal bonds, such as those of zinc, boron, tin, and silicon, could be activated by Pd and Ni paved the way to the practical uptake of these cross-coupling protocols by synthetic chemists, which revolutionized the way that synthetic chemists viewed the assembly of organic structure. This seminal work dealing with olefin, zinc, and boron centers by Heck, Negishi, and Suzuki and Miyaura, respectively, laid the foundation for the explosion of substrate and catalyst development that would follow making cross-coupling routine and employed in literally every synthetic lab worldwide.” 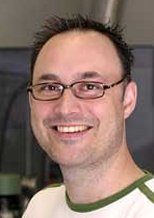 Christian Frech, University of Zürich, Switzerland: “The great importance and far-reaching implications that C–C cross-coupling reactions represent—not only for the chemical community but also for future developments for more ecological and economic chemical processes and thus, for the society as whole—cannot be overestimated and has now also been received its recognition with this year’s Nobel Prize in Chemistry, which was awarded jointly to Richard F. Heck, Ei-ichi Negishi and Akira Suzuki for palladium-catalyzed cross-couplings in organic synthesis. The great admiration that I have for their invention is probably best expressed by my research focus, where I try to follow the footsteps of these pioneers, to further broaden the scope and applicability of these reactions in academia as well as in industry.” 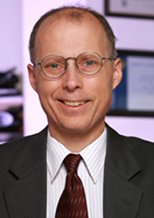 John Gladysz, Editor of Organometallics, Texas A&M University, USA: “My own personal estimate of the number of papers published with the names Heck, Suzuki, and Negishi in the title or abstract would be 12000 (but probably this number is way too low). Most of the work by the recipients was conducted in an era where the mechanistic understanding of organometallic chemistry was much more primitive than today. As such, the Prize underscores the lasting importance of empiricism and fundamental research in science. One of the recipients had such a struggle for funding that he retired early, essentially giving up chemistry. This vividly illustrates the serious mistakes that sometimes occur in the course of well-intentioned peer review processes. Finally, this Prize justly recognizes the international flavor of research in palladium-catalyzed organic reactions.”