This September an enthusiastic group of over 100 Italian, European and international scientists met on the small island of Ischia, off the coast of Italy near Naples. The conference was the thirteenth Ischia Advanced School of Organic Chemistry (IASOC) which has grown substantially since it was first instituted in 1984.
The IASOC is organized every second year by the Division of Organic Chemistry of the Italian Chemical Society. 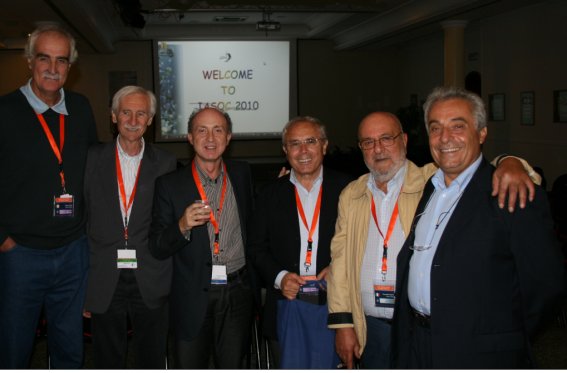 The sessions were organized to cover a broad range of topics, including:

After each seminar, a dynamic discussion period ensued, with many questions from faculty and students.

A special session on “Molecules, Medicines and Us” gave insight into historical and modern drug discovery, and generated discussion on how to define a “beautiful molecule.”

A poster session gave an opportunity for students to present their research and was another venue for lively discussions. A select group of outstanding poster presenters were asked to give short talks describing their research during open sessions held the following nights.

The conference closed with a festive celebration where four of the long-time organizers and participants, Professors Caputo, D’Ischia, Florio, and Stephen Hanessian were honored (see figure). 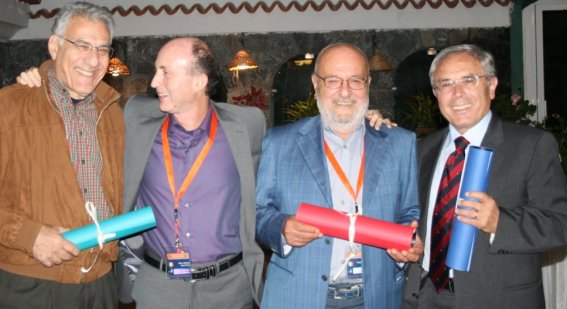 In total, the conference combined interesting seminars and lively discussions of science with a beautiful location.