The Double Chooz collaboration is now ready to start collecting data after the completion of its neutrino detector which will monitor anti-neutrinos coming from the Chooz nuclear power plant in the French Ardennes.

Neutrino oscillations were a major discovery, implying that neutrinos have mass. The oscillations depend on three mixing parameters, of which two are large and have already been measured. The third one is called θ13 and is known to be smaller with an upper limit coming from a previous experiment at Chooz.

Double Chooz plans to study neutrino oscillations with its two identical detectors. The first detector is located approximately 1 km away from the reactor core, while the second is 400 m away. The difference in the number of neutrinos measured by each detector compared to the expected flux from the reactors will allow improved measurement of θ13.

Detector one has been filled with the Gadolinium doped organic liquid needed to tag neutrons from inverse beta decays which are induced by anti-neutrinos, and has started to collect data. Detector two is due to be filled and start operating in 2012. 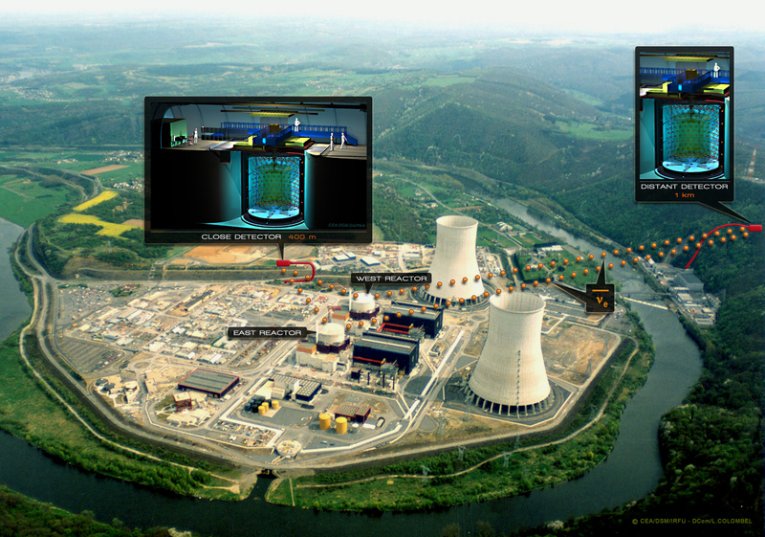