The Nobel Prize in Chemistry will be announced on October 4, 2017.

So far, our users suggest an American biochemist will win the 2017 Nobel Prize. The top suggested Laureates are John B. Goodenough, Michael Grätzel, and Omar M. Yaghi.

Make your predictions for this year’s winning field of chemistry, share your suggested Laureates, and see what others think below.

Who will win the 2017 Nobel Prize in Chemistry? 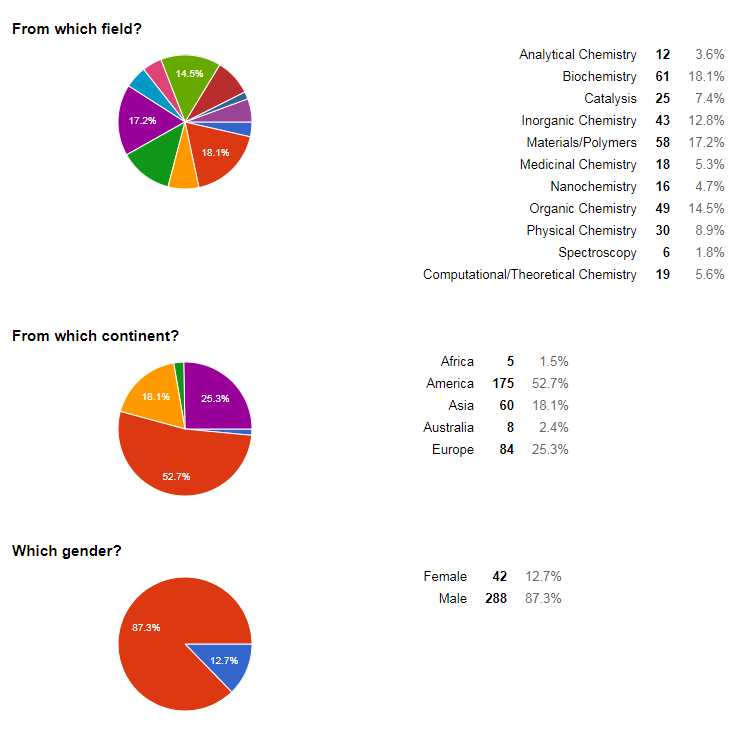 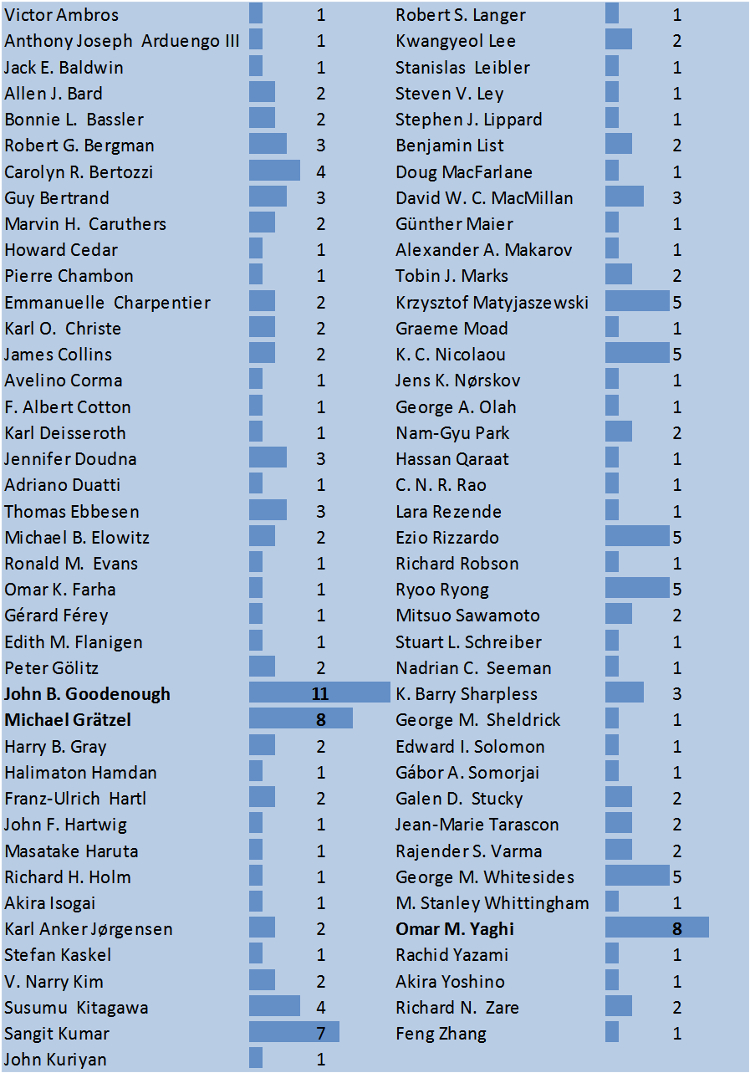