The Nobel Prize in Chemistry will be announced on October 7, 2020.

So far, our readers think an American biochemist will win the 2020 Nobel Prize in Chemistry. About 17 % of participants think the winner will be a woman—last year, only 11 % considered this likely. The most suggested Laureates are Amgad M. Rabie, Achim Müller, and Jackson Roberto Guedes da Silva Almeida. Other notable suggestions are Omar M. Yaghi for metal-organic frameworks (MOFs), Krzysztof Matyjaszewski for the atom transfer radical polymerization (ATRP), and Svante Pääbo for paleogenetics.

Who Will Win the 2020 Nobel Prize in Chemistry? 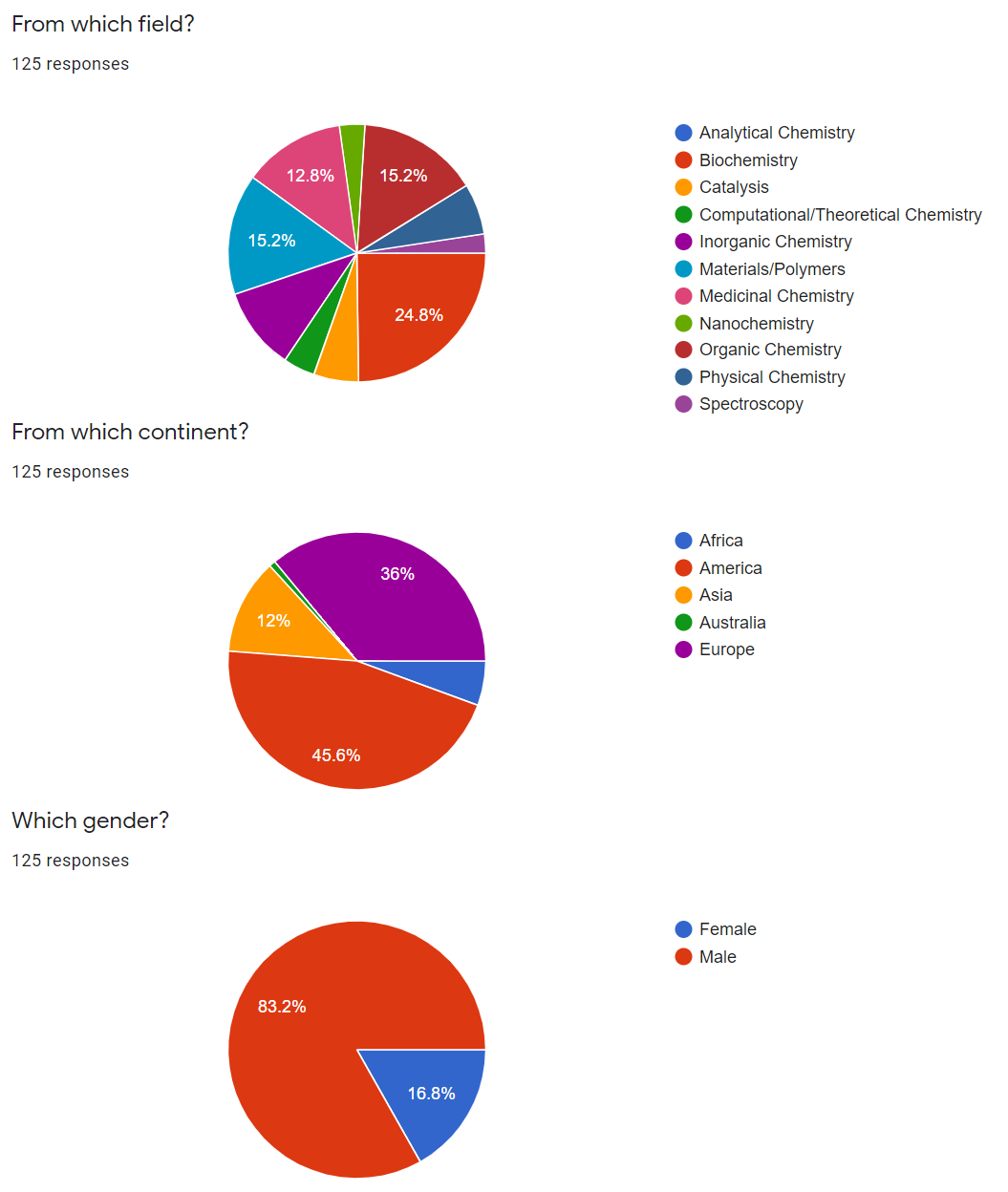 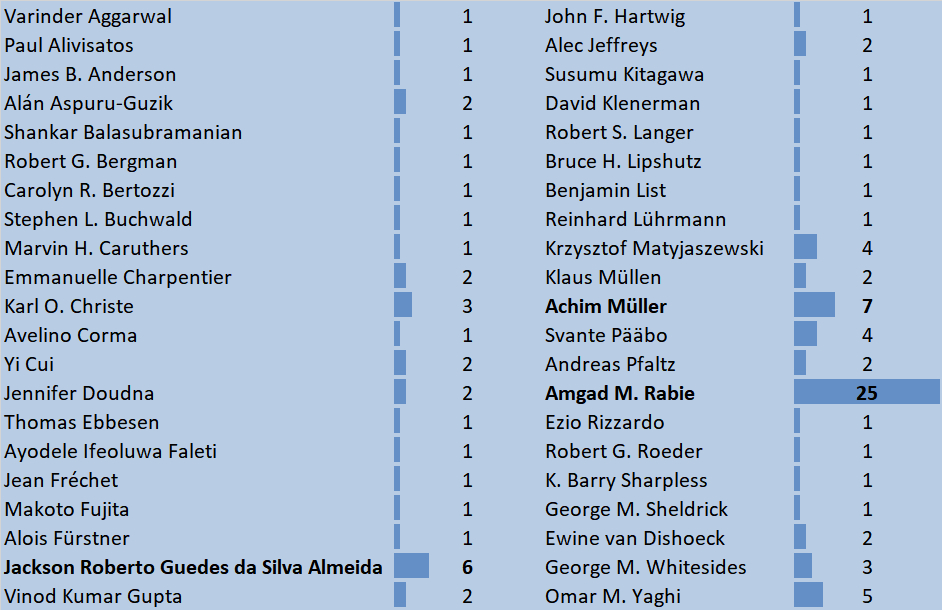