So far, our readers think an American or European biochemist will win the 2021 Nobel Prize in Chemistry. About 18 % of participants think the winner will be a woman. The most-mentioned fields after biochemistry are organic chemistry, medicinal chemistry, and materials/polymers. The most suggested Laureates are Shankar Balasubramanian, who works in the field of nucleic acids, and Omar M. Yaghi, known for work on metal-organic frameworks (MOFs) and covalent organic frameworks (COFs). Other notable suggestions are Katalin Karikó, who works on mRNA technology, and David Klenerman, known for his contributions to next-generation DNA sequencing. 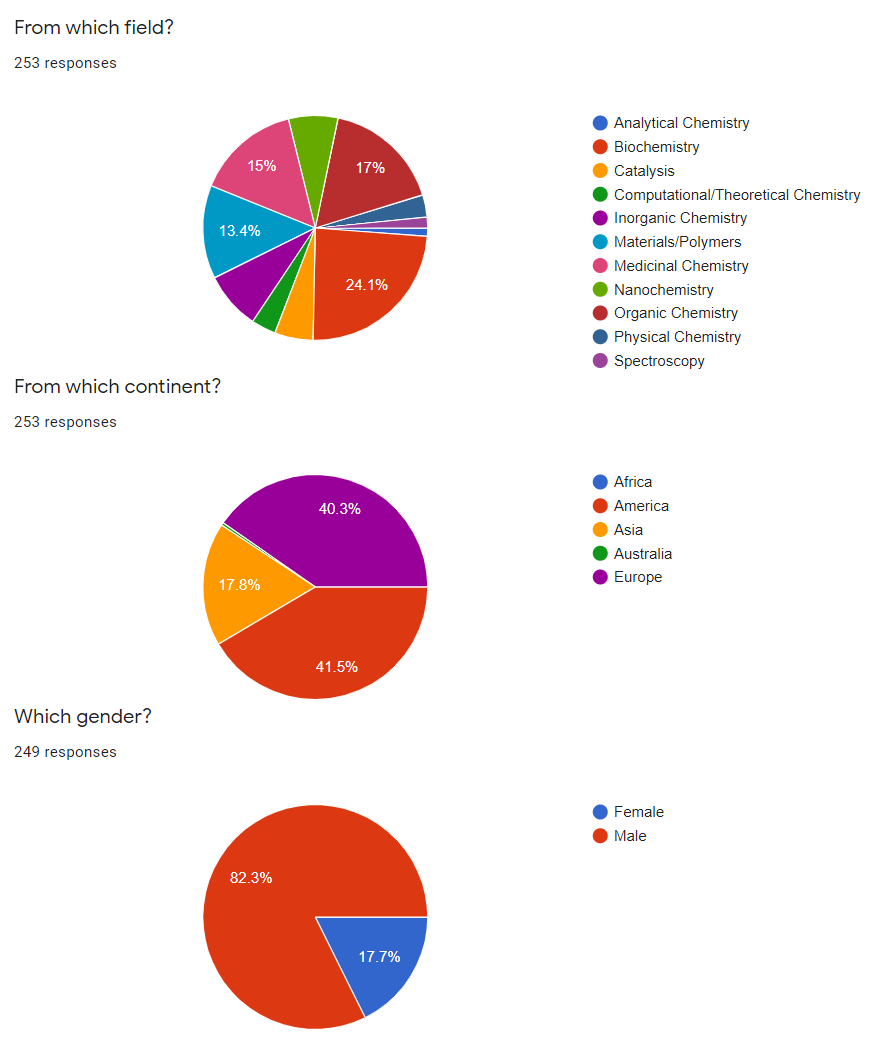 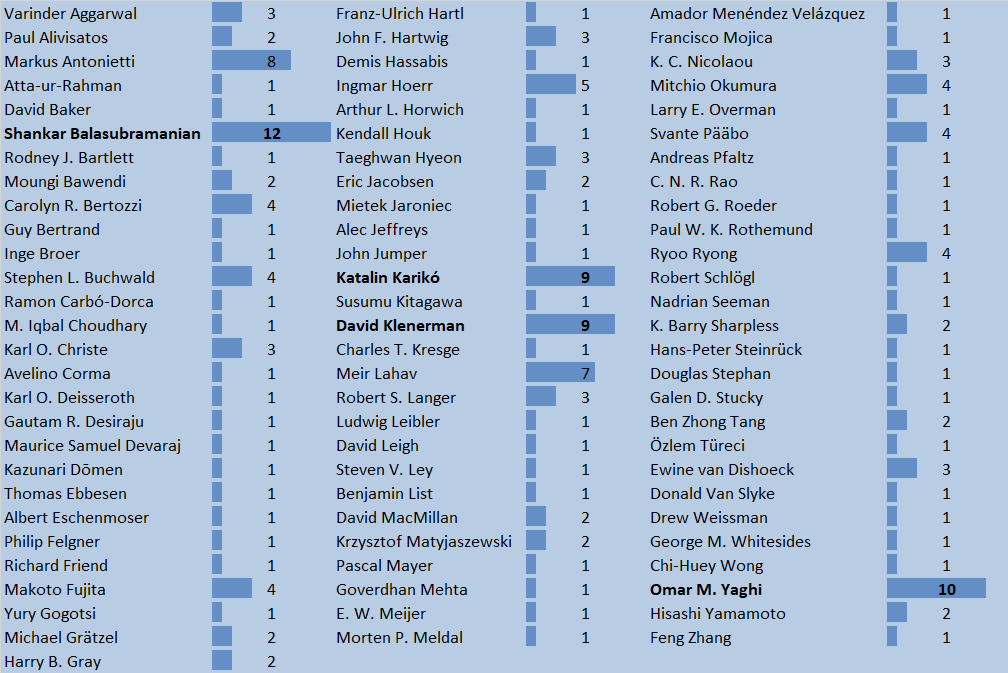