The 10th edition of its annual global university ranking, the 2012 Academic Ranking of World Universities (ARWU), was released by the Center for World-Class Universities, Shanghai Jiao Tong University, 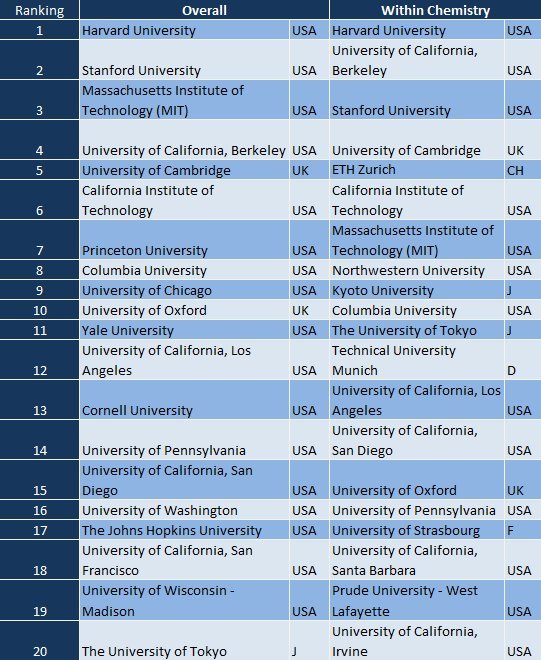 Harvard University, USA, remains the number one in the world for the tenth year.
ETH Zurich (23rd), Switzerland, takes first place in Continent Europe. It is followed by Paris-Sud (37th) and Pierre and Marie Curie (42nd), both France.
With Technion-Israel Institute of Technology (78th) and Weizmann Institute of Science (93rd) entering the Top 100 for the very first time, three Israeli universities are listed.

The University of Western Australia’s first appearance in Top 100 (96th) increases the number of Top 100 universities in Australia to 5, which is the 3rd highest number across all countries.

With the University of Belgrade now in the Top 500, Serbia becomes the 43rd country on the ARWU list.

Best universities in each ranked FIELD and SUBJECT