The Nobel Prize in Chemistry will be announced later today.

Our voting suggests an American chemist in the field of Materials/Polymers will win the upcoming Nobel Prize. Compared to last year, more women have been recommended.

Thank you for voting.

Enjoy the likely and unlikely, serious and whimsical suggestions below. 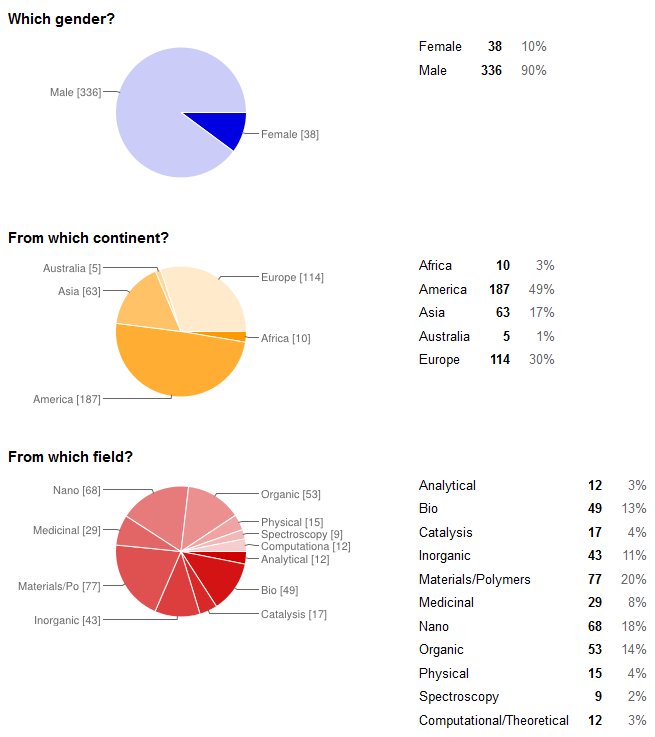