Alexander Wlodawer, Macromolecular Crystallography Laboratory, NCI, Frederick, MD, USA, and colleagues have created a family tree of macromolecular crystallographers leading from the founding members to the present generation. The genealogy tree primarily concentrates on the achievements of the Nobel Prize winners and only shows the simplest connections to the roots. Dashed lines indicate individuals working together but not necessarily as a mentor and a mentee.

42 scientists were identified who received Nobel Prizes in Physics, Chemistry, or Medicine for their contributions that included the use of X-rays or neutrons and crystallography, 24 of these made crucial discoveries in macromolecular sciences. 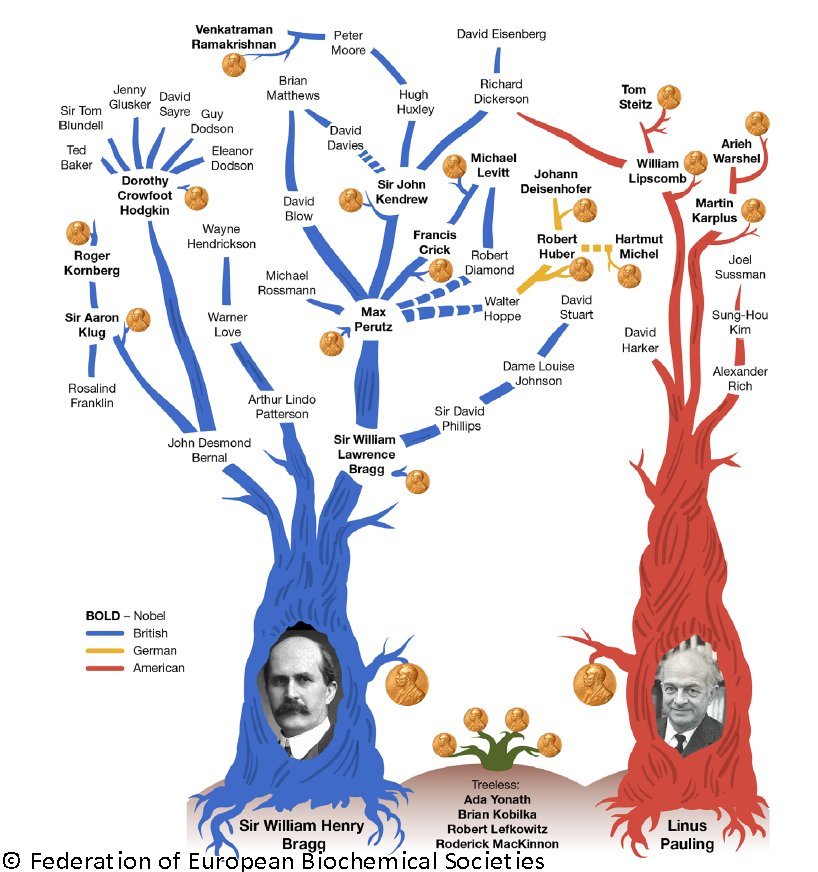 Crystallography has led to major advances in our understanding of the structures and functions of biological macromolecules. It started with Wilhelm Conrad Röntgen (1845–1923), who discovered X-rays in 1895 in Germany, Max von Laue (1879–1960), who suspecting that the wavelength of X-rays might be comparable with the interatomic distances and gave a physical explanation of the observed diffraction, and, finally, Sir William Henry Bragg (1862–1942) and Sir William Lawrence Bragg (1890–1971) in England, who were crucial for the introduction of diffraction as a tool for crystal structure investigation. The younger Bragg developed the well known Bragg’s Law, the mathematical explanation of the images generated by Laue.