Light can be used to control biological processes. To introduce photo-responsiveness to biomolecules, researchers can covalently modify them with photoswitches, small organic molecules that reversibly change their shape under irradiation with light. To have the greatest impact on, e.g., proteins, the photoswitches can be introduced as a cross-linking element. This allows for dynamic control over the distance between selected residues with high precision.

Ben L. Feringa, Wiktor Szymanski, University of Groningen, The Netherlands, and colleagues have designed and synthesized photoswitchable, water-soluble, bis-azobenzene-based cross-linkers that span large distances and show efficient photoswitching (example pictured). The molecules enable cross-linking of residues within one target molecule, or they can bridge two proteins to allow the study of protein–protein interactions, for example. They can realize a large difference in distances upon switching, and thus, have a large effect on the activity of the labeled systems. 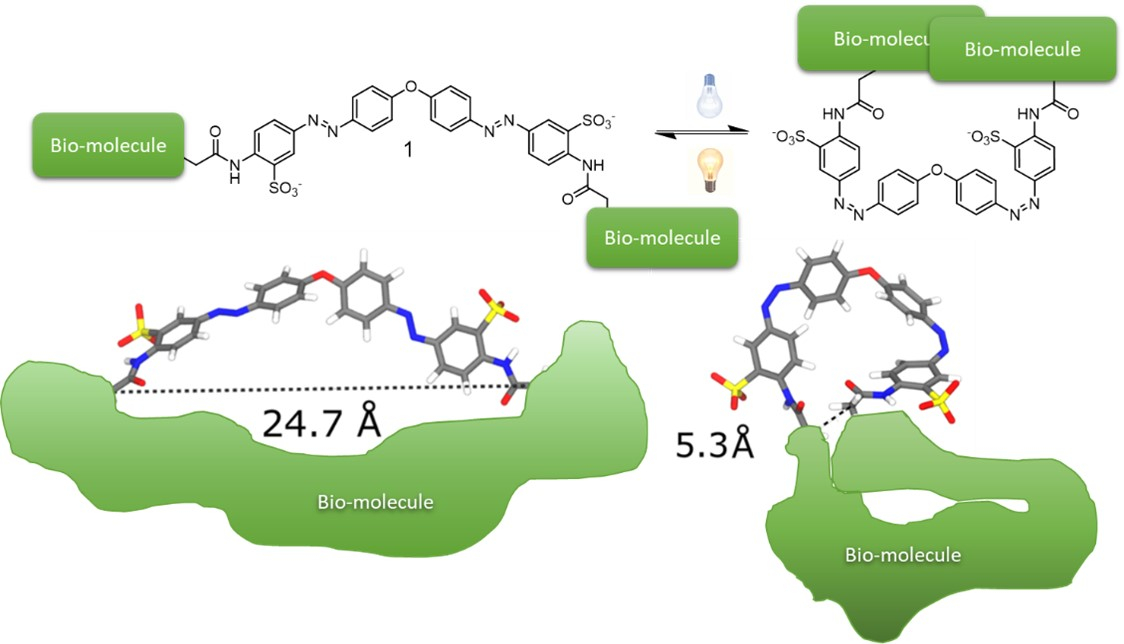 The team introduced additional flexibility to the azobenzene-based molecule by bridging two photoactive units with an sp3-hybridized oxygen linker. This oxygen also improves the photochemical properties, allowing for a fast isomerization process. The resulting molecule can enable efficient control over the functions of biomolecules.