The German selection process for the International Chemistry Olympiad (IChO) is described by Birgit Vieler, the regional representative for IChO in the North Rhine-Westphalian region.

The International Chemistry Olympiad is an annual competition for pupils at schools of general education, with the finals being hosted by a different country every year. In Germany the selection process is organized by the IPN (Leibnitz Institute for Science and Mathematics Education) in Kiel. It consists of four rounds: the responsibility for the first two rounds — homework rounds — is delegated to the federal states, while, for the last two rounds, the IPN assumes the training and selection of the best federal-level German participants to accede to the finals in order to create the most powerful team of four. Each federal state has come up with its own development route.

The federal state of North Rhine-Westphalia (NRW) has developed a special program of mass promotion, in the attempt to reach as many enthusiastic chemistry students as possible and motivate them to participate in the competition. Beyond that, training programs ensure the pupils gain insights into research, apprenticeships and industry, acquire practical experience in the field of chemistry, and receive guidance for their career choice. The program also enables pupils to get in contact with like-minded adolescents to exchange ideas and pursue common interests. 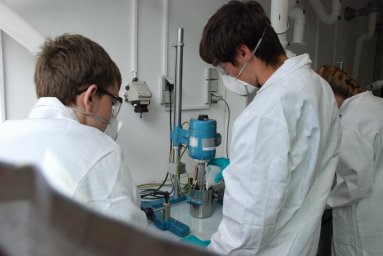 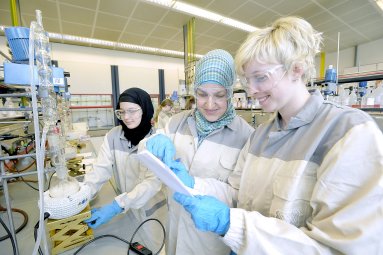 Figure 1. Some of the tasks performed by students in the early rounds of the selection process. © Birgit Vieler (left), © Bayer AG (right)

By the time the first two rounds of challenges are completed, the tasks substantially exceed normal high school chemistry. To encourage younger pupils and facilitate their entry into the competition, six universities (Bielefeld, Bonn, Köln, Dortmund, Münster and Wuppertal) offer so-called novice training courses in the spring. These are held after school or on Saturdays and offer individual days for inorganic, organic or physical chemistry.

The days are divided into an experimental part, lectures, and practice with student learning assistants, often former chemistry Olympians, who assist the pupils in solving complicated tasks. The training courses are financially supported by employers’ federations (Arbeitgeberverband Chemie Westfalen, Vereinigung bergischer Unternehmerverbände, ChemCologne), BASF Coatings of Münster, and the GDCh.

Between 500 and 700 pupils participate annually in these courses. The first impression on entering the auditorium is striking: the “chemistry freak” feeling lonely at school, will feel at home when faced with like-minded people with the same great interest. The pupils are recruited by their teachers, gratifyingly, many of which accompany their pupils to the courses. 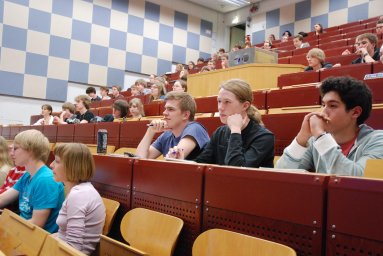 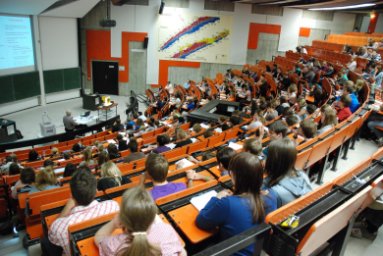 Figure 2. Lectures teach the students all they need to know and provide a chance to make new friends in the breaks. © Birgit Vieler

Armed with information on the typical theoretical fundamentals for the different chemical fields, established specialized literature, and trustworthy websites, the pupils are released to do their homework and solve the tasks for the first round. About 50 % of participants accept this challenge and submit their compilation in September. Many gain admission to the very demanding second round of homework, which finishes in December.

The following February, the best 20 participants of the second round in NRW are invited by the Bayer Science & Education Foundation for a five-day seminar in Leverkusen. It is as much a reward as it is a tough preparation for the third round. The program consists of joint leisure activities (city tours, sport, theatre, interchange of ideas), training for third round tasks, a factory tour and the carrying out of an organic synthesis in the training laboratory of Bayer AG, with which the experimental requirements of the international round are introduced. The event finishes with a celebration held in collaboration with the Ministry of Education in NRW. 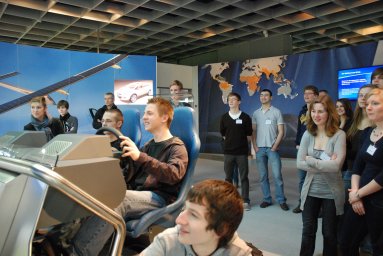 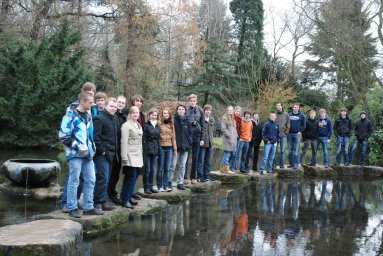 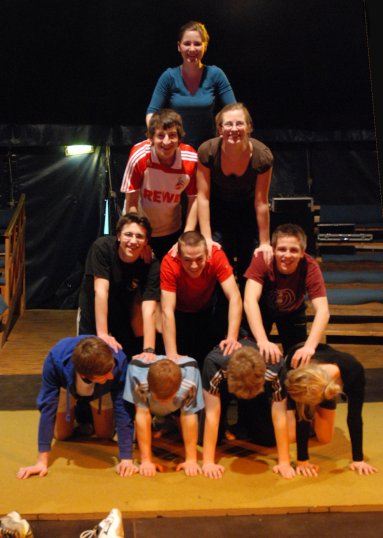 Figure 3. Some of the leisure activities, including a visit to a Japanese garden and to a circus school to learn some new skills. © Birgit Vieler

In the meantime, the IPN in Kiel selects the best 60 out of all German papers and dispatch invitations for the third, federal states-wide round in Göttingen. From now on, the chemistry Olympians will be supported by the team around Dr. Sabine Nick from the IPN — as federal state representative for NRW, one naturally hopes that children from my own federal state are particularly successful.

Independently, all participants of the second round from NRW are invited to various one-day regional workshops. Interesting and thrilling topics await the pupils: a career simulation in a manufacturing plant in BaylabPlastics of Bayer MaterialScience in Leverkusen; organic syntheses in the training laboratory of Bayer Health Care Pharmaceuticals in Bergkamen, or in the Alfried-Krupp-Pupils-Laboratory of the University Bochum; sightseeing at Bayer CropScience in Monheim, in the Chemistry Park Marl, at the Research Centre Jülich or at BASF Coatings in Münster. In Münster the pupils also get the chance to fabricate their own lacquer coating.

Alongside the multifaceted insights into current areas of research and employment opportunities in the chemical industry, valuable friendships develop at those workshops. These friendships often outlive the student’s time at school and would not have been possible without the participation in the IChO. 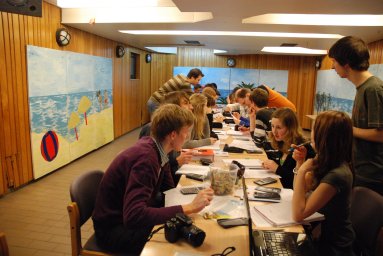 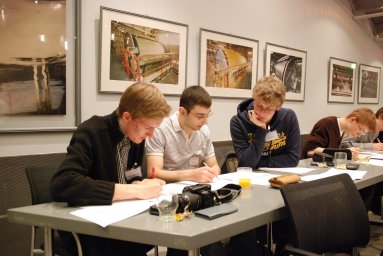 Figure 4. Workshops on problem solving provide practice for the Olympiad, encourage teamworking, and give students a chance to make lasting friendships. © Birgit Vieler

What is the Chemistry Olympiad?

The International Chemistry Olympiad is a competition for pupils at schools of general education, which has taken place annually since 1968. The finals are held in a different country every year. The competition is financed on a national level by the Federal Ministry of Education and Research (Bundesministerium für Bildung und Forschung – BMBF) and is organised and held by the IPN (Leibnitz Institute for Science and Mathematics Education) at Kiel University under the supervision of Dr. Sabine Nick and Dr. Stefan Schwarzer.

Germany has participated in the contest since 1974. In 2011, it achieved one gold, two silver and one bronze medal in competition with 60 nations at the contest held in Ankara, Turkey. The winners were:

Who can enter the contest?

All pupils studying at schools of general education can participate. They must still be under the age of 20 years on the 1st of July of the year of the international finals.