The Young Chemists Forum (JCF; JungChemikerForum) is the organization of the young members of the German Chemical Society (GDCh; Gesellschaft Deutscher Chemiker). Young chemists — those studying for their first degree or their Ph.D. in chemistry — represent more than 6,500 members and nearly one-fifth of the entire society.

The Young Chemists Forum of the Gesellschaft Deutscher Chemiker was established in 1997 and is divided into 50 local Young Chemists Forums all around Germany. Every forum organizes several activities at its respective location. In addition to local, there are also national events of the JCF, such as job fairs and workshops.

The Young Chemists Forums are able to plan and execute their events independently, so that there are a wide variety of events, which reflects the heterogeneity of their members. 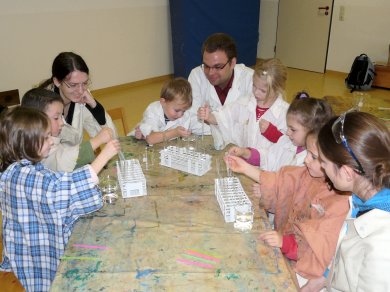 Figure 1. Members of the Young Chemists Forum of Dortmund visiting a kindergarten group to demonstrate some experiments.

In addition to the forums with their individual speaker boards, there are five national chairpersons, representing the Young Chemists Forum within the GDCh and outside. They also coordinate the national and international activities of the JCF, for example, the JCF Spring Symposium (Frühjahrssymposium). It is organized every spring by the JCF and is one of the largest conferences for young scientists in Europe. 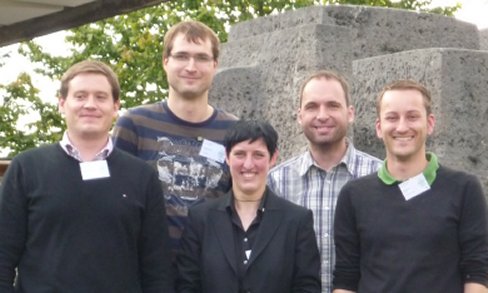 The Young Chemists Forum defines itself as a bridge. On the one hand it connects children and pupils to chemistry by several activities, such as the very popular Regensburg pupil internship between school and university. On the other hand, it connects universities with industry through job fairs and lectures by young industrial chemists.

We also try to prepare our members for their science career: students from lower semesters can learn presentation skills at the JCF Spring Symposium. They can practice their first oral and poster presentations in front of a young audience — without any pressure, because the other participants are also students and graduate students.

Figure 3. Participants of the 11th Frühjahrssymposium (Spring Symposium) in Erlangen, Germany, in March 2011.

The Young Chemists Forum connects young members of the GDCh not only internally, but also with young scientists from all around the world. In the annual exchange program with the American Chemical Society (ACS), young German and American chemists can visit the other country and participate in conferences such as the JCF Spring Symposium and its American counterpart. At our Spring Symposia, students from all over Europe take part and at the annual Nobel Laureate Meetings in Lindau, Germany, the JCF is also represented by a delegation.

All the young chemists are students of chemistry or studying for their Ph.D., they work additionally for the JCF and are dedicated and committed to all the activities they organize. Without their voluntary help, nothing would take place.