The four largest transactions in 2017 took place (or are moving forward) between Dow and Dupont, Bayer and Monsanto, ChemChina and Syngenta, and Praxair and Linde. With a value of US$ 40 to 70 billion each, they are two to three times larger than the largest deals seen in the past ten years. Befor 2017, no transaction has included more than $ 20 billion.

The Committee on Foreign Investment in the United States (CFIUS) has just (Dec 1) concluded there are no national security concerns with the Bayer acquisition of Monsanto. The acquisition is still subject to customary closing conditions, including receipt of required regulatory approvals. 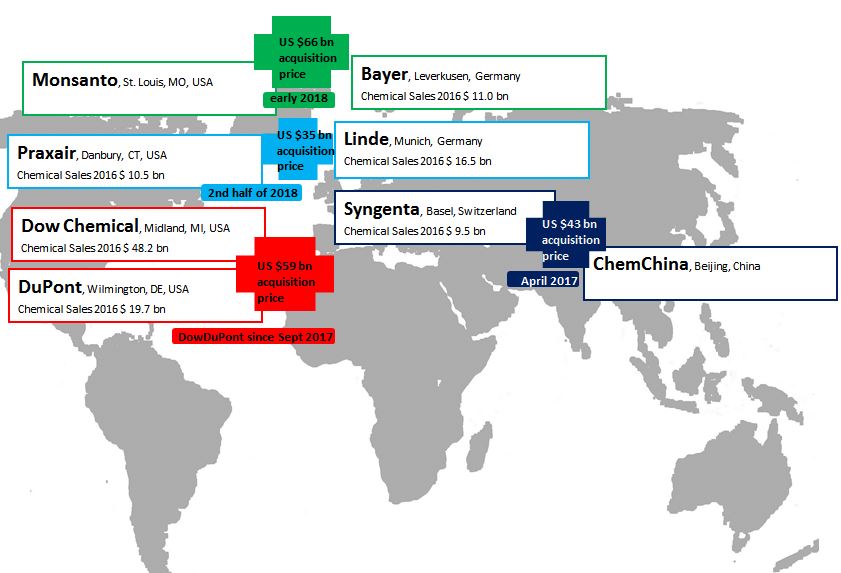 number in crosses: transaction price in billion US$