How can a tiny molecule like ethanol be at the root of so much human misery?
Here we propose to get to the bottom of the chemical consequences of a night of celebrating to excess.

Ethanol (CH3CH2OH) is oxidized in the liver to acetaldehyde (CH3CHO, ethanal), which in a second step is further oxidized to acetic acid (CH3COOH, ethanoic acid) (Fig. 2). The acetic acid is ultimately broken down to carbon dioxide and water in the citric acid cycle [3].

In the process, ethanol supplies a considerable amount of energy: 450 kcal/100g, a value between those of glucose (400 kcal/100g) and fat (930 kcal/100g). Alcoholic beverages must therefore be classed among the foodstuffs. 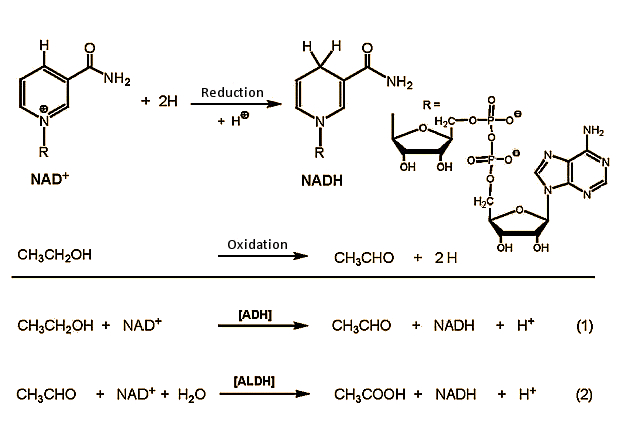 Figure 2. Ethanol metabolism in the body.

In the first step, ethanol is oxidized in cells of the liver to acetaldehyde, with NAD+ (nicotinamide adenine dinucleotide) as oxidizing agent. This reaction is catalyzed by alcohol dehydrogenase (ADH) enzymes [4], of which the human body has many available. They are all structurally very similar, and always consist of two subunits, each containing 374 amino acids. The α-, β-, and γ- subunits suited to ethanol oxidation are encoded in three genes in our chromosome 4, and can be combined at will with any of six ADH dimers (αα, ββ, γγ, αβ, αγ, βγ). The catalytic activities of the various combinations differ only slightly.

In addition, there also exist sundry varieties of the β and γ subunits. ADH containing β1 subunits — common among Europeans — oxidizes ca. 110 mg of ethanol per hour and kg of body weight, whereas the β2 version, more common among Asians, is significantly more catalytically active, at 130 mg/kg/h.

Chronic misuse of alcohol induces high-level regulation in liver cells of a normally subordinate mechanism of ethanol oxidation: the microsomal ethanol oxidizing system (MEOS). In this case, a special cytochrome P450 monooxygenase is synthesized to an increased extent, which in turn metabolizes ethanol independently of ADH. In the MEOS reaction sequence, ethanol is oxidized directly by molecular oxygen, i.e., there is no energetic coupling to the respiratory chain in the mitochondria. Energy released through MEOS oxidation of ethanol is simply discarded in the form of heat, and — in contrast to “normal” ADH metabolism — is not stored up chemically.

This has been demonstrated impressively with humans: In a controlled study, the normal daily calorie intake was doubled with a supplementary amount of ethanol or chocolate. The result: using ethanol, body weights after two weeks remained unchanged, but chocolate-eaters gained 3 kg [5].

Two aldehyde dehydrogenases (ALDHs) stand at the ready for further oxidation of ethanol. Rapid oxidation is important as well, since acetaldehyde is toxic. The ALDHs fulfill their task in exemplary fashion: toxic acetaldehyde is oxidized to harmless acetic acid along two pathways: a small fraction is oxidized in liver cells in the cytosol by aldehyde dehydrogenase ALDH1, whereas the principal fraction is oxidized in the mitochondria by ALDH2.

Every ALDH consists of four identical subunits, each with 500 amino acids, which in the case of ALDH1 [12] — found in the cytosol — is localized on chromosome 9, whereas ALDH2 from the mitochondria is localized on chromosome 12. The sequence correspondence between the two ALDHs is only 68 %, and their catalytic effects differ accordingly: ALDH2 from the mitochondria is much more active than ALDH1 from the cytosol (Fig. 3).

The unusual alcohol sensitivity displayed by part of the world’s population, particularly those from Asia, is due to an altered ALDH2. In contrast to Europeans and Africans, 44 % of Japanese (Tab. 1) have an ALDH2 enzyme variant in the mitochondria of their liver cells. This modification carries the designation ALDH2*, where a glutamic acid at position 487 has been replaced by a lysine [6]. The mutation is catalytically inactive, and people with ALDH2* are able to metabolize acetaldehyde only slowly, by using the less active ALDH1 route.

The consequence: within a few minutes of ethanol consumption, their blood-acetaldehyde concentration increases dramatically. Whereas for a European (ALDH2) with a blood-alcohol content of 0.5 ‰ the blood-acetaldehyde level remains under 2 μmol/L, for a Japanese with ALDH2*, this value may reach 35 μmol/L [7].

The identical symptoms are observed for Europeans with active ALDH2 if the enzyme becomes blocked. This effect can be induced at will with the pharmaceutical preparation Antabuse®, a compound that completely blocks ALDH2. The resulting upward jolt in acetaldehyde concentration, with its accompanying serious hangover symptoms, plagues drug addicts in the withdrawal stage who are undergoing treatment, after any indulgence in alcohol.

Similarly, after savoring a dish that happens to contain the mushroom Coprinus atramentarius, generally known as the “common ink cap” or “tippler’s bane”, one should, for the next three days, strictly avoid all alcoholic beverages (Fig. 4). Otherwise, after only a few minutes, major hangover symptoms will develop such as flushing, heart palpitations and elevated pulse, headache, nausea, vomiting, sweating attacks, and trembling of the limbs. Especially severe cases may even result in collapse [10]. This clinical picture is known as Coprinus syndrome. It can persist for several hours, though so far no cases of death have been recorded.

The cause of Coprinus syndrome is a greatly increased blood-acetaldehyde concentration due to a component of the mushroom that blocks the oxidation of acetaldehyde to acetic acid. The symptoms observed are identical to those seen after alcohol intake during treatment with Antabuse (disulfiram) [1]. The culprit may be coprin, N5-(1-hydroxycyclopropyl)-L-glutamine (2), which has been isolated from this fungus [11, 12]. It has more recently been shown that it is not coprin itself that blocks the aldehyde dehydrogenase ALDH2, thereby inducing the symptoms, but rather one of its metabolites, probably 1-aminocyclopropanol (3) or the hydrate of cyclopropanone (4) [13–14].

Ethanol and its degradation — the latter proceeding at breakneck speed — lead to physiological changes that persist well beyond the period of intoxication. From a chemical standpoint, ethanol is a calorie-rich reducing agent, the processing of which gobbles up considerable amounts of the oxidizing agent NAD+ and lowers the NAD+/NADH ratio from 4:1 to 2:1. This lowering of the cell’s oxidation potential causes a massive and far-reaching alteration in metabolism, e.g., a diminishment in glucose synthesis, accumulation of lactic acid, enhanced production of lipids, and decreased degradation of fats and protein.

Diminished glucose synthesis in turn lowers the blood’s sugar level, with resulting general physical weakness. In the case of a diabetic accustomed to medication, this can produce the dreaded hypoglycemia. Meanwhile, lactic acid accumulation can decrease the pH of the blood below 7.36 (acidosis).

Heightened fatty acid synthesis together with decreased lipid (fat) and protein metabolism leads to fat and protein deposition in the liver. This is a reversible process in the case of occasional alcohol abuse, but in a chronic situation it leads directly to “fatty liver”, which together with further alcohol-induced damage to liver metabolism can end in cirrhosis of the liver or carcinoma.

Ethanol consumption is subject not only to disadvantages, however. The plasma concentration of HDL cholesterol (“good cholesterol”) increases, and the coagulating ability of the blood declines. Both of these offer protection against heart attacks and stroke [15], which may help explain the lower prevalence of fatal circulatory diseases in certain Mediterranean countries (Mediterranean diet). In some cases, however, red wine is consumed there in such large quantities that although coronary disease and stroke are less common, liver diseases — from fatty liver all the way to carcinoma — are all the more common.

► Read more on the chemistry of a hangover in part 3

[4] Details of the structure and catalytic mechanism of ethanol oxidation with ADH: www.chemie.tu-darmstadt.de/akplenio/moproc/zink/alkoholdehydrogenase/ ADH_start.htm