Complete, But Not Finished

Non-chemists, and perhaps a few chemists, might have assumed that once all the holes in Mendeleev’s Periodic Table were filled with modern discoveries and the lanthanides and actinides added, that the Table was forever immutable, a stone tablet to adorn high school chemistry lab walls, textbooks and websites unchanged forever more …

Well, they’d be very wrong, aside from the recent didacts on atomic masses and isotope ratios wrought on the elements in December 2010 by IUPAC and the official recruitment of elements 114 and 116, there are several issues that have got many chemists in a boiling reflux.

For instance, there are 3D PTs, spirals, circular tables, stepped and even fractal tables (Fig. 1). Eric Scerri, University of California Los Angeles, USA, is developing an alternative approach to that is intuitive and might take us closer to an ultimate version. Scerri’s argument for change is based on the fact that the Periodic Table arose from the discovery of triads of atomic weights, but he thinks chemists would be better served if they were to recognize the fundamental importance of triads of atomic number instead. His new Periodic Table could be fundamentally closer to the ideal.

This is perhaps especially pertinent given that atomic mass varies according to isotope ratio (neutron count, in other words), whereas atomic number (proton count) is fixed for each element. In it, listings of electron shells follow an ordered pattern, so that the halogens form the first column on the left, topped by hydrogen, the noble gases are the second column, topped by helium. The alkali metals and the alkaline earth metals follow, then the block of transition metals. The semi-metals and the non-metals then form the final four columns (Fig. 2).

As if this restructuring of the groups were not controversial enough, it is the logical relocation of hydrogen and helium that stirs deep chemical emotions, even though they recreate the atomic number triads of He-Ne-Ar and H-F-Cl invisible in the conventional PT. However, not everyone is convinced by helium’s placement. US chemist Henry Bent would prefer to see helium atop beryllium in the otherwise “normal” PT layout. He argues that although helium seems to fit perfectly at the top of the noble gases its presence there breaks several of the rules.

Scerri is quite adamant that there is one true and objective periodic classification but others believe that such an ultimate PT does not exist and that our perspective inevitably distorts reality. Software engineer Melinda Green from Superliminal Software, developed a fractal PT for educational use and believes any arrangement is purely subjective. “Neither the periodicity nor any classification is intrinsic to nature,” explains Green.

Atomic number is perhaps the only intrinsic property of the elements, as suggested by Scerri too, but, adds Green, this is only fundamental by our subjective definition of the term “element” rather than it representing something ultimate about the universe as Scerri’s reasoning would suggest. “Every description requires a describer,” says Green. “Subjectivity is not just an annoyance, it is the source of all meaning.”

So, is the menagerie of different PTs, nothing more than an art gallery? Martyn Poliakoff thinks so. Poliakoff is a professor of chemistry at the University of Nottingham, UK, working on supercritical fluids who has gained recent fame for the Periodic Table of Videos project. His is a pragmatic perspective. “I regard the PT as a tool like a hammer and, just like other tools, you have different forms for different purposes (e.g., a claw-hammer and a mallet). There just isn’t a “right” and “wrong” form,” he told ChemistryViews. He suggests that the different forms can be useful, however. “These weird forms of the PT often serve a purpose by highlighting some aspect of the elements that one might not otherwise have noticed,” he adds.

However, Scerri is convinced there is something more fundamental to the ultimate PT. “It concerns me that scientists can express ‘relativistic’ [aesthetic] views on something as important as the Periodic Table,” he says. “It is after all the most profound and deep classification that has ever been discovered.” But Poliakoff has the last word: “In the end, I think that one should remember that Mendeleev devised the PT for a textbook to help rationalize the mass of facts in inorganic chemistry,” he adds, “For me, the PT remains a tool to help reduce the complexity, not a metaphysical truth that has a correct form yet to be discovered.” 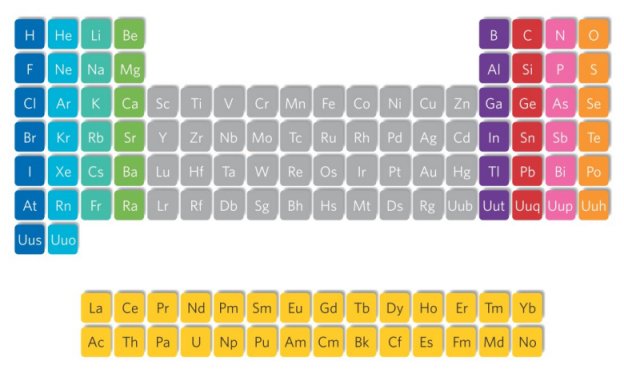 20 July 2011 — ChemViews article and ensuing discussion has spawned a development in this field courtesy of UCLA chemistry professor E. Scerri