Egg white or albumen is very suitable as a baking agent, as it forms a voluminous and strong foam which remains stable during drying by the baking process. The discovery of beaten egg white as a baking agent is a development of Renaissance cuisine in Europe. Previously, yeast was used as a baking agent. It gives the pastry a bread-like texture and taste of yeast. Egg whites loosened the pastry in a nice way and made new desserts possible, such as syllabub—a mixture of egg whites, wine, and cream. 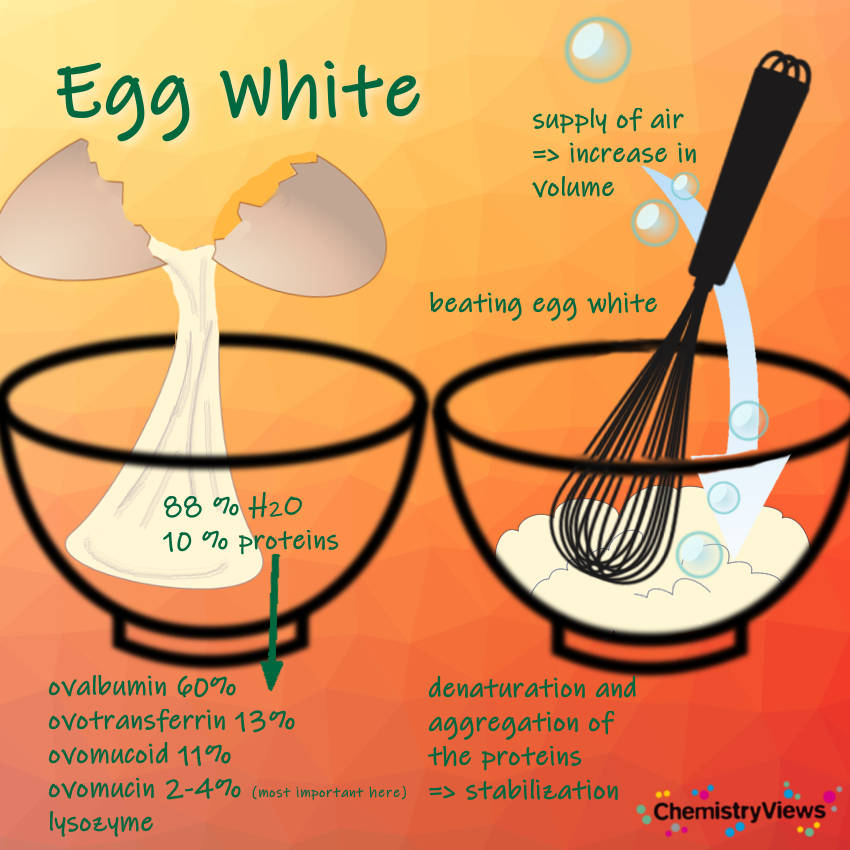 Ovomucin has a polar character and aggregates to filamentous and fibroid structures. It gives the egg white its high viscosity. It is easily denatured by physical stresses—such as vigorous beating—and enables the retention of air bubbles. 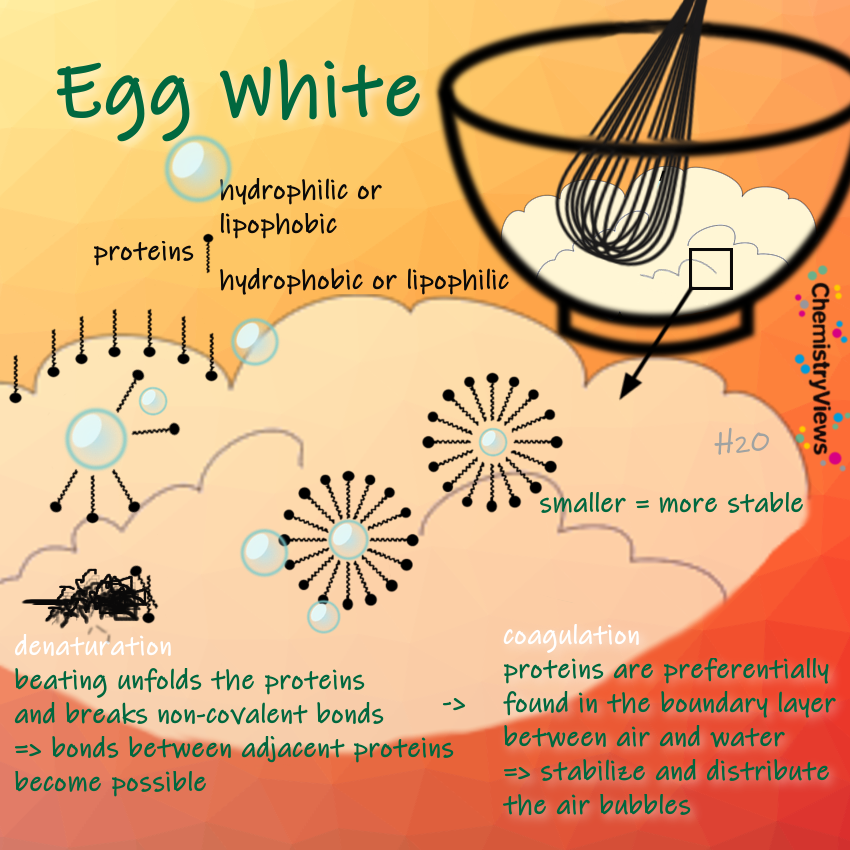 If the beaten egg whites are sufficiently stiff, ingredients containing fat and egg yolk can be added, as a stable protein network has developed at this point. However, it is mechanically very sensitive. Ingredients should be added carefully with a stirring spoon and not with a hand mixer.

Before the invention of the hand blender, beating the beaten egg whites for a large cake took about three hours. In the first half of the 20th century, the electric hand mixer was developed, which lowered the amount of work considerably.