Anise seed is used as a spice either ground or whole. Ground anise should be consumed soon, as it loses its seasoning power relatively quickly. Anise is used as a baking spice for aniseed cookies, rusks, pretzels and bread, and to season dishes such as sauces, vegetables, fish dishes, salads, or plum jam.

Anise seeds are considered a digestive (can reduce intestinal gas and flatulence), an antispasmodic (can prevent muscle spasms), and an expectorant (helps against coughs). They also have antibacterial properties and much more. 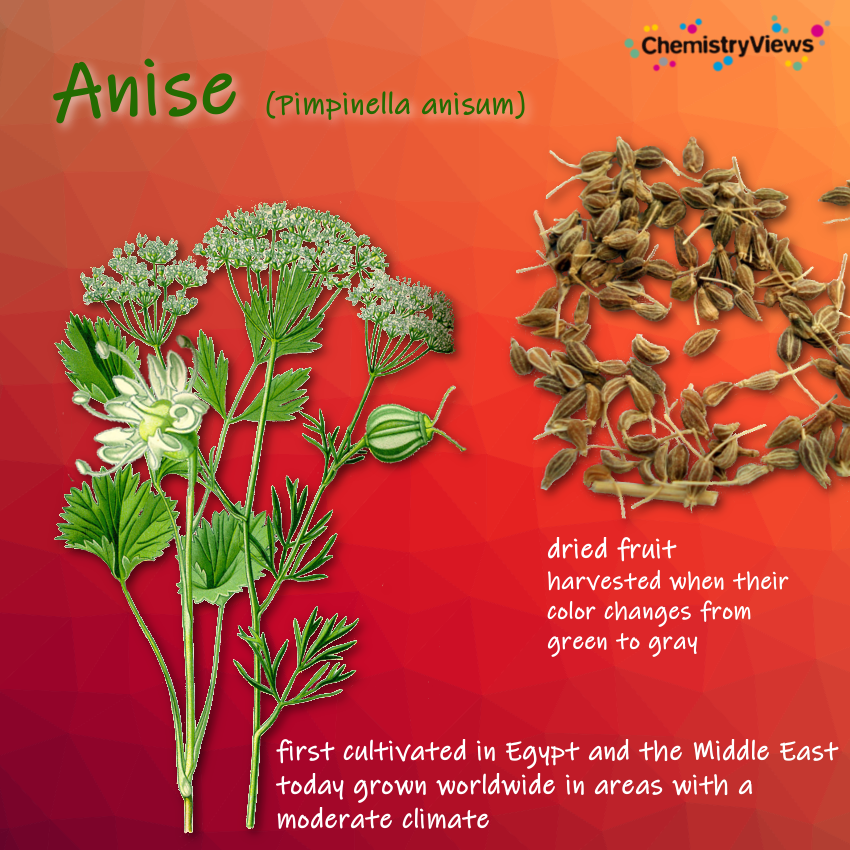 Anise (Pimpinella anisum) and star anise (Illicium verum) are not related, although both contain anethole, which produces the characteristic anise flavor, and are used to produce anise extract. Anise is the source of the extract and seeds used in European, Mediterranean, and Middle Eastern cuisine. Star anise is native to China. Because star anise is cheaper to produce, today much of the anise essential oil is extracted from star anise rather than anise.