The sourdough method for making bread and bread-like food is the oldest way of preparing a dough—5,000 years old or older. Sourdough is used as a leavening agent and improves digestibility, aroma, taste, shelf life, and the cut of baked goods, and makes rye dough suitable for baking in the first place.

First, a starter is prepared. This is done by mixing flour and water. The natural microbes in the flour begin to grow and are regularly fed with more flour and water. At first, almost any microbe can grow on this rich energy source, including spoilage agents, so not every approach succeeds. If the desired microorganisms succeed in developing further, the dough becomes noticeably sour. This leaves only lactic acid bacteria and some acid-tolerant yeasts.

When baking, part of the sourdough is used to inoculate the bread dough (about 30 wt% of the flour used), the other part is used to produce new sourdough. This makes it easier to cultivate the right microorganisms. As long as this starter culture is regularly fed flour and water, it will remain active. 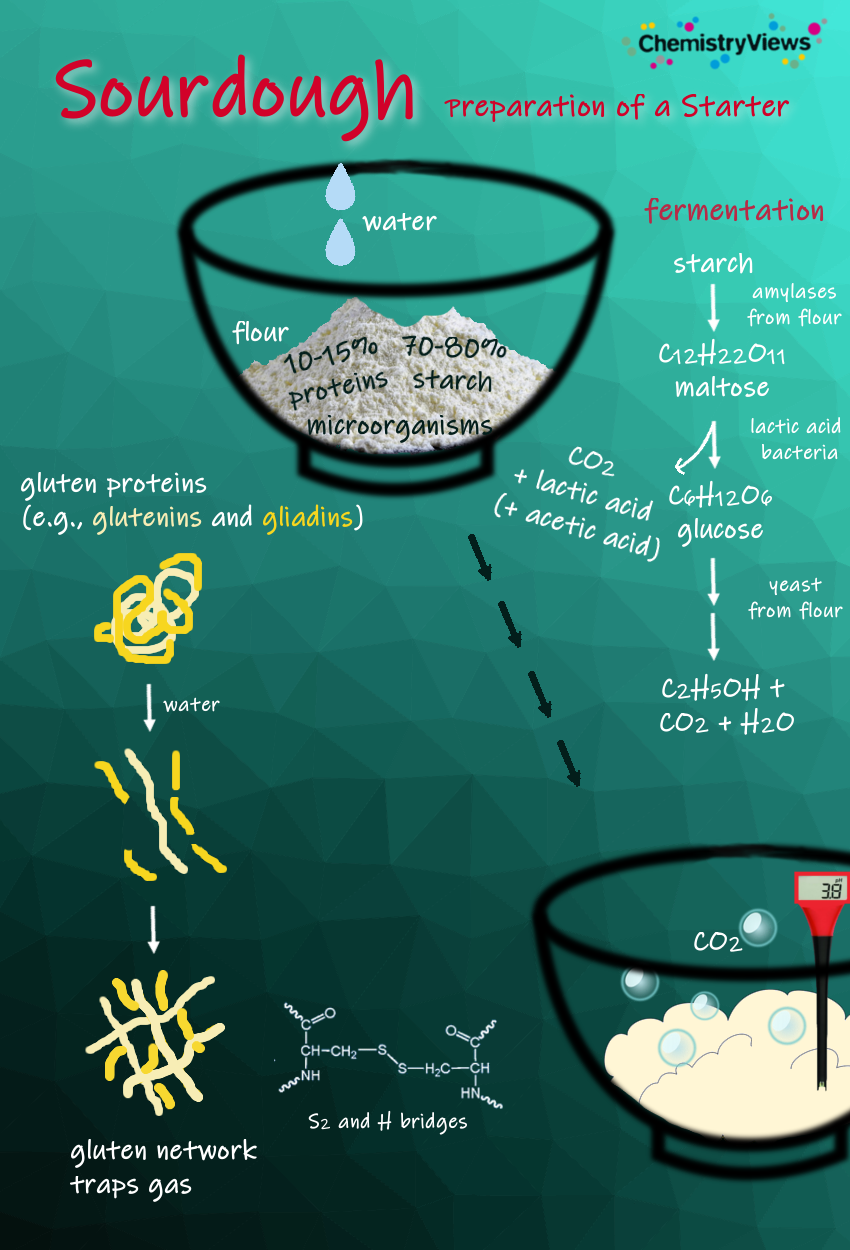 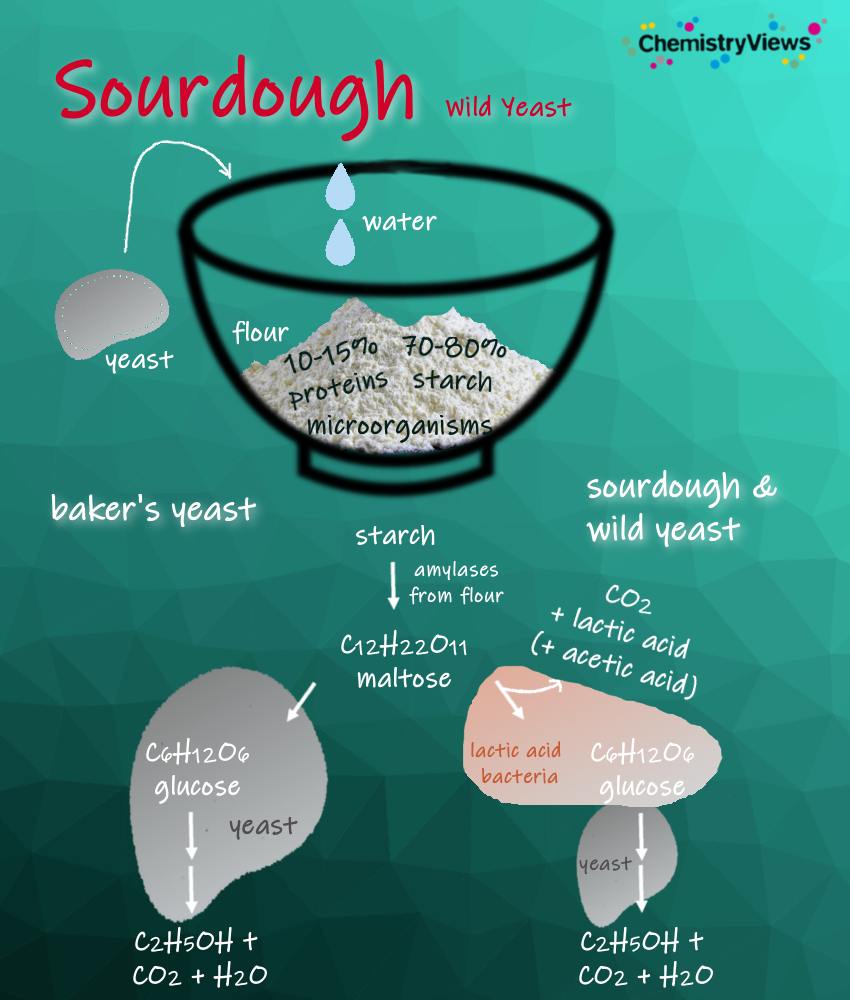 During sourdough fermentation, many cereal enzymes, particularly phytases, proteases, and pentosanases, are activated through acidification and contribute to biochemical changes. Many fragrant and flavorful substances are developed.