Why So Few and Why Care?

For the third consecutive year, Chemistry Europe and Angewandte Chemie hosted an event as part of the IUPAC Global Women’s Breakfast on 25th February 2021. The virtual symposium with the title “Empowering Diversity in Science: Gender in Academia and Publishing” brought together more than 200 participants from all over the world to discuss the impact of gender on diversity in academia and the connection to scientific publishing and public recognition. The speakers Pernilla Wittung-Stafshede, Julia Trattnig, and Mia Ricci provided three different perspectives on the topic: academia, consulting, and publishing.

, who gave the first presentation, is a professor of chemical biology at Chalmers University in Gothenburg, Sweden, and head of the Genie Gender Initiative for Excellence. In her talk “Female faculty: Why so few and why care?“, she spoke about gender bias in academia and how the fact that many people associate science with men leads to disadvantages and obstacles for female researchers seeking a career in science. Wittung-Stafshede emphasized that there is strength in diversity and that science needs women’s perspective to solve the world’s problems, but she also noted that diversity alone does not solve the issue – the culture also needs to change, and this must happen at all possible places.

The second speaker, Julia Trattnig, is the co-coordinator of the Diversity and Equal Opportunities Committee of the Human Brain Project, a research initiative of the European Commission. Her presentation “Who cites whom? Tackling biases in academia” focused on citation metrics like the h-index that are often used to define productivity and success in research. As Trattnig pointed out, they have significant weaknesses and are unable to take into consideration the differing realities of life of individual researchers. By giving an overview of the best practices of the Human Brain Project, she provided examples of how negative influences can be counteracted and a fair and equitable research environment can be created.

The final presentation was given by Mia Ricci, publisher at Wiley. In her talk “Committing to a more diverse, equitable, and inclusive publishing environment”, she pointed out why diversity, equity, and inclusion measures must be at the core of publishers’ work and how change within the publishing industry can have a sustainable positive impact on the research community. Ricci presented current strategies that Wiley and other publishers are undertaking to make scientific publishing more inclusive and equitable. As she noted, it is particularly important to work together in initiatives like the Joint Commitment for Action on Inclusion and Diversity in Publishing or the Coalition for Diversity & Inclusion in Scholarly Communications. 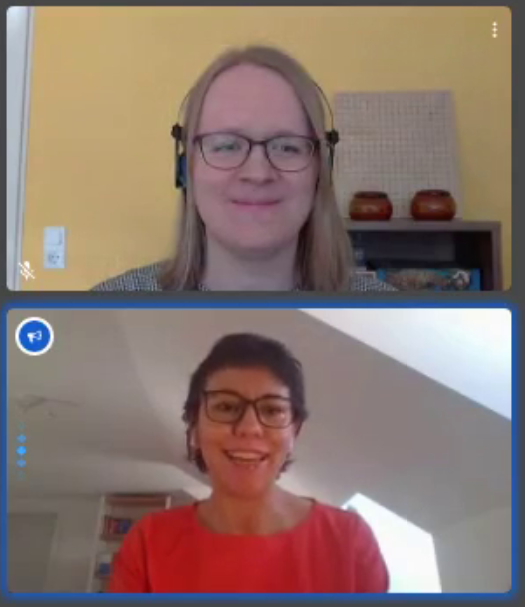 audience to participate in a panel discussion with the three speakers. A particular interest was shown in the responsibility that leaders must take to support diversity at every level of their organizations by promoting structural changes. One of those important changes is the redefinition of scientific excellence, to reward competence instead of confidence. Role models and networks that open professional opportunities and that encourage and support minorities to realize their full potential were also identified as key drivers of change.

In their concluding remarks, the speakers expressed confidence that current discussions will result in commitments for the transformation of the academic and publishing systems. They hope that the implementation of strategies that address DE&I issues becomes the norm instead of the alternative, which would result in updated policies that make structures intrinsically equitable. To reach this goal, they remarked, the collection of data is crucial to be able to define benchmarks to track the effect of DE&I efforts.

Overall, the event was evaluated very positively by the participants. The limitations imposed by the Coronavirus pandemic turned out to be a big advantage: Since the event took place virtually instead of in-person, a lot more people than in the previous two years could attend, which meant that the discussion was not only broader but also truly international, therefore making it even a more global women’s breakfast. We hope that the connections made, and the lessons learned in this event will provide the chemistry community with the means to empower diversity more effectively in the future.

Recording of the event