The use of mass spectrometers

Mass spectrometers separate charged particles according to their mass-to-charge ratio (m/z). They are designed to separate by either nominal mass or to have a resolution of several decimal places. The resolution is generally given in parts per million (ppm) and gives a ratio of the measured monoisotopic mass to the theoretical mass based on the elemental composition. 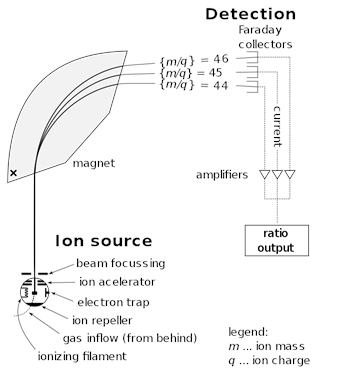 In contrast, for quantitative determinations, either a linear ion trap (QTRAP) or triple quadrupole mass spectrometer is coupled to a liquid chromatograph. In comparison to QToF and Orbitap, these latter devices only allow for nominal mass resolution, but have a larger linear range for quantification.