Could you design and make a self-powered desalination plant that produces clean drinking water for under € 2,000? That was the challenge set for the 15 teams taking part in the DeSal Challenge at the Technical University of Munich (TUM), Germany, on Friday July 29th. The teams had had four months in which to build the sea water desalination plants they presented on their applications for the competition, but for most final assembly was completed on competition day.

The plants were to be judged according to seven disciplines which were weighted differently and the winning three teams split a total prize fund of € 5,000. The main criteria for the desalination plants was the daily capacity of drinking water produced and the quality of the water. According to recommendations by the World Health Organization, water is only permanently drinkable below a salinity of 500 ppm and the water produced by each of the teams was measured regularly to ensure it was below this level. The remaining criteria were based on marks awarded by an independent jury of experts. These criteria included:

Most teams opted to use solar power to run their plants. But other than the presence of photovoltaic cells and solar collectors, the plant designs varied widely — from a silver-covered humid air distillation still several meters tall, which gave the event a futuristic feel, to membrane-based designs. 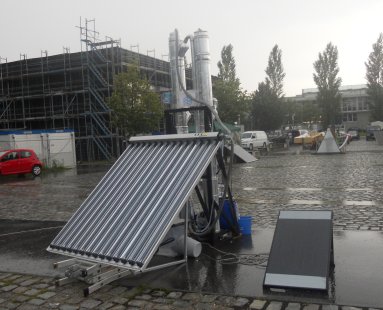 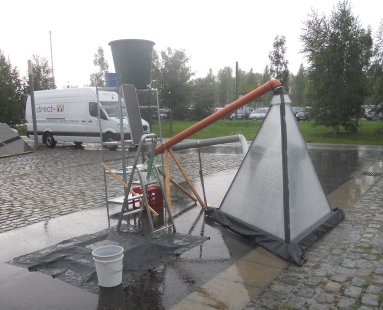 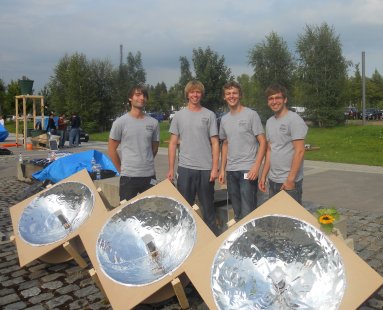 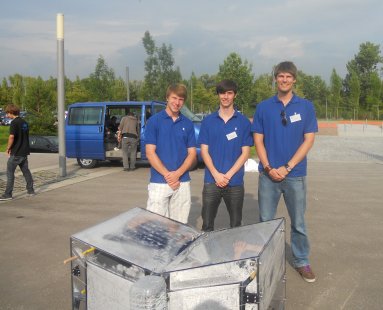 The day started off well with all the teams setting up and starting to collect desalinated water. All except the Salinensklaven team (Fig. 2), who had to discover their unique design, which used a Stirling engine to drive the generator, didn’t work as the piston was too heavy to be lifted by the vapor pressure generated.

Rain stopped operation for all the teams except team Rohr whose hand pump driven reverse osmosis-based set up came into its own. Despite the earlier problems, Team Salinensklaven also stood out in the wet weather — literally. Their huge parabolic solar collectors were discovered to double as an umbrella! 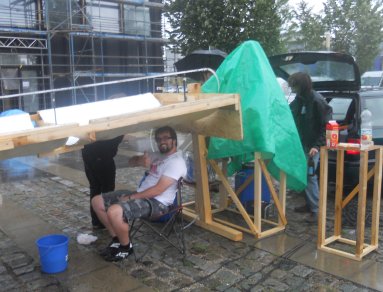 Figure 2. Team Salinensklaven demonstrates the multi-functionality of their design.

When the rain stopped and desalination could resume for those teams driven by solar power, Team Solar-Well (Fig. 3) could be found making use of some additional resources. Their vacuum distillation design required a 10 m drop to evacuate their system. By filling the system with water, taking it to a point 10 m high — conviently provided by the the third floor of the mathematics and informatics building at TUM — then releasing the water from the system, they created a vacuum under which water would evaporate more readily, allowing distillation to occur at a lower temperature. 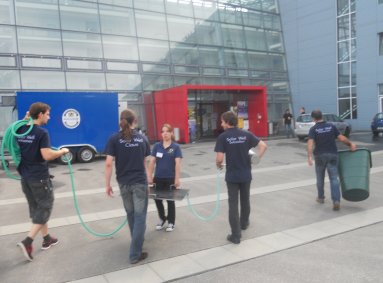 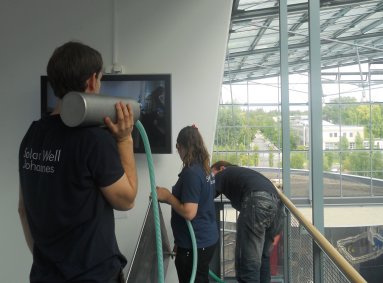 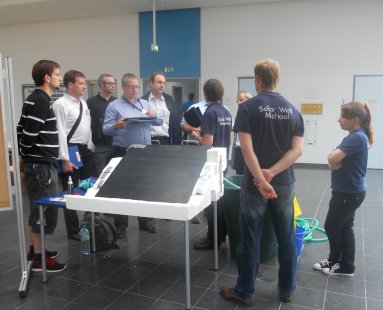 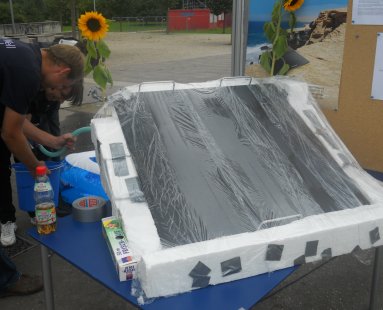 Figure 3. A day in the life of a DeSal Challenge team: Team Solar-Well takes their plant inside (top left) to make use of the third floor to evacuate their system (top right). With the judges (bottom left) and some last minute improvements to maximize efficiency (bottom right).

Progress was slow for all teams as the sky remained overcast, but that just made the water that was purified all the more precious. The evening was spent hoping for better weather for the second day of the competition and enjoying the entertainments laid on: a barbeque and a live band. 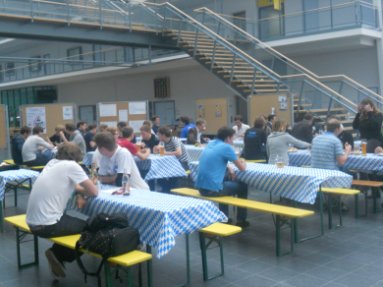 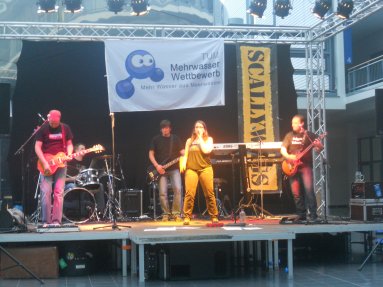 Saturday dawned just as grey as Friday, but there was no rain forecast so everyone remained optimistic. The Saturday event was open to the public and many interested people could be found admiring the designs and discussing their concepts with the designers. 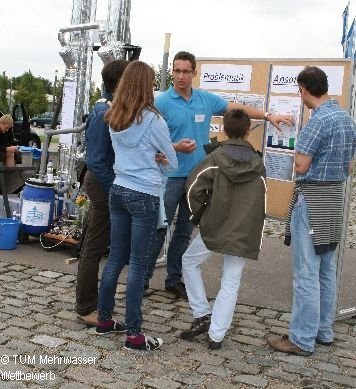 Figure 5. Team Zyklon explains their design to members of the public.

After the judges had seen every design and talked to each team, the jury met to discuss their views and award marks while the results of the quality and quantity of water collected was tabulated. Finally, after much anticipation, the results were announced:

Prizes were also awarded to team Zyklon (Fig. 5), for the highest relevance at the market and to team KJ5 for the best innovation. An additional prize for teams consisting of school pupils went to team SOLARaqua.