In June 2011, we published a feature entitled Periodic Debate that discussed the ongoing evolution, if not revolution, surrounding the periodic table of the chemical elements. It remains the most popular Research Highlight article on ChemistryViews.org and continues to attract comments on the issues raised. In particular, from those who disagree with the standpoint that there could ever be a definitive two-dimensional table and that it is anything more than a tool or mnemonic to help chemists organize their understanding of the world around us.

I interviewed two of the people driving the debate, Philip Stewart and Eric Scerri. Here, I talk to Eric Scerri about his periodic inspiration.

After studying chemistry at the universities of London, Cambridge, and Southampton in the UK, Eric Scerri decided to follow his interests in the more conceptual aspects of the subject and did a Ph.D. in History & Philosophy of Science at King’s College, London. He told ChemViews that he was lucky enough to work with Heinz Post, the son of the famous chemist, Fritz Paneth. Post was a highly respected historian and philosopher of science, steeped in scientific details. “This is something that I hope I have emulated in my own work,” Scerri says. In his Ph.D. thesis, he questioned how successful the reduction of chemistry to quantum mechanics has been.

He undertook a postdoc in Karl Popper’s old department at the London School of Economics, UK, and then took up a postdoc at Caltech (Califonia Institute of Technology, USA) where he worked mainly in the history of chemistry. Various brief appointments at a couple of universities in Mid-West USA then led Scerri to settle in Los Angeles as a lecturer in chemistry and history & philosophy of science.

“I have been one of a relatively small group of people trying to put the philosophy of chemistry on the map,” he told us. “One of my own contributions was to start a journal called Foundations of Chemistry which is now in its twelfth year of publication and which I am still editing.”

As his work developed, he began to focus increasingly on the history and philosophy of the periodic table. “The periodic table is the main unifying principle in chemistry,” Scerri says. “It’s comparable to the role played by quantum mechanics and relativity in modern physics and Darwin’s theory in biology.” Scerri’s 2007 book on the subject has, he told us, “opened up many new doors for me, including visiting many countries and being asked to appear, write and consult on radio and TV.” He confesses that, “I enjoy that as much as doing basic research.” A follow-up book, A Very Short Introduction to the Periodic Table will appear in December and he is now working on A Tale of Seven Elements, both to be published by Oxford University Press.

But what underlies Scerri’s fascination with the periodic table? “I’m not quite sure why, but as long as I can remember, I have been enthralled by the idea of a single chart that summarizes, in principle, the whole of chemistry and brings order to the field by providing connections at many different levels.” He points out that the periodic table acts as a bridge between the everyday reactions of the chemical elements and their atomic structure. However, as we discussed in Periodic Debate on ChemViews, despite his thrall, Scerri is not satisfied by the conventional, or medium-long, format of the periodic table. “One of the main problems concerns the placement of certain elements like H, He, La, Ac, Lu and Lr, all of which are debated in the scientific literature,” he says.

Scerri is trying to answer the question of what are the best criteria for the classification of elements into particular groups. In terms of ordering the elements into a simple numerical sequence, the problem was solved about 100 years ago by Van den Broek and Moseley and it is, of course, done through the atomic number of each element. “Classification into groups is not quite so simple,” he asserts, “and it is increasingly appreciated that the use of electronic configurations does not settle the issue in many cases.”

Of increasing interest to Scerri is the notion of an “optimal” periodic table. “This very notion has met with resistance from some philosophers of science who argue that all classifications, even the periodic table, are artificial and therefore do not reflect the way the world actually is.” Scerri is also surprised that a number of chemists also seem to subscribe to the view that there is no such thing as an optimal periodic table because, they claim, it depends on what particular feature about the elements one is trying to represent as to which version will be chosen. “If I am correct, there may be a sense in which we can claim the existence of a best table in terms of the most fundamental criteria instead of in terms of utility,” Scerri adds. As such, although chemists are yet to find this elusive form of the periodic table, Scerri is searching for the new criterion that would provide us with a better classification than we currently have.

“I think that discussions about the foundations of the periodic table will begin to surface more and more and might serve to illuminate the profusion of periodic tables which continue to appear in articles and on websites,” Scerri says. His current favorite is a format that places hydrogen among the halogens and maintains helium in the noble gases, contrary to the much discussed left-step periodic table which places helium at the top of the alkaline earth metals. However, he concedes that he has no hard evidence for this favored version, just some good plausibility arguments. “It would be useful if such questions could become more accessible to experimental verification and if more chemists would take an interest in the philosophical aspects of one of the central pillars of their own discipline.”

In his spare time, Scerri abandons the formal and rigidity of academic work and plays flamenco and blues guitar and a little boogie-woogie piano. Perhaps the optimal periodic table will turn out to be a twelve-bar version … 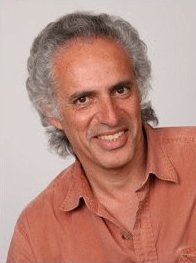 Professor Eric Scerri was born in 1953 in Malta. He obtained his bachelors and masters degrees in chemistry from the universities of London, UK, and Southampton, UK, and his Ph.D. in the history and philosophy of science from King’s College, London. He moved to the US for a postdoctoral fellowship at Caltech sixteen years ago and has remained in the US ever since. For 12 years, he has taught chemistry and philosophy of science at the University of California, Los Angeles, USA, and is one of the founders of the field of philosophy of chemistry as well as the founder and editor of the journal Foundations of Chemistry, now in its twelfth year of publication.

Scerri has authored more than 100 journal articles in chemistry, chemical education, and the history and philosophy of science. In recent years, he is turning increasingly towards working in the TV and radio media and to presenting his work to the general public.