In 1991, Joel Potischman and Bruce Hardy calculated the speed and payload performance criteria of Santa’s sleigh [1]. The results were astonishing: Santa has to average 3.5 million miles per hour to complete his task. 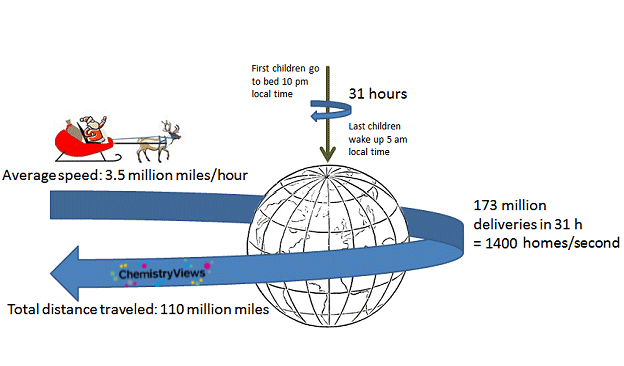 While the mechanism of reindeer flight remains unclear, many theories have been put forward in the liturature including magic acorns [2], stardust antimatter [3], and that heat and energy generated from air resistance powers flight [4]. However, Santa himself notes that reindeer only fly on Christmas Eve [5], leading us to consider some kind of astronomical event that occurs annually on that date. One fact is clear, however; a team of sleigh-pulling reindeer traveling at 3.5 million miles per hour will generate a lot of air resistance and will need to dissipate the resultant heat energy if they, and Santa, want to last the night.

So how does Santa do it? We look at some ways in which chemistry can help Santa meet his deadline. 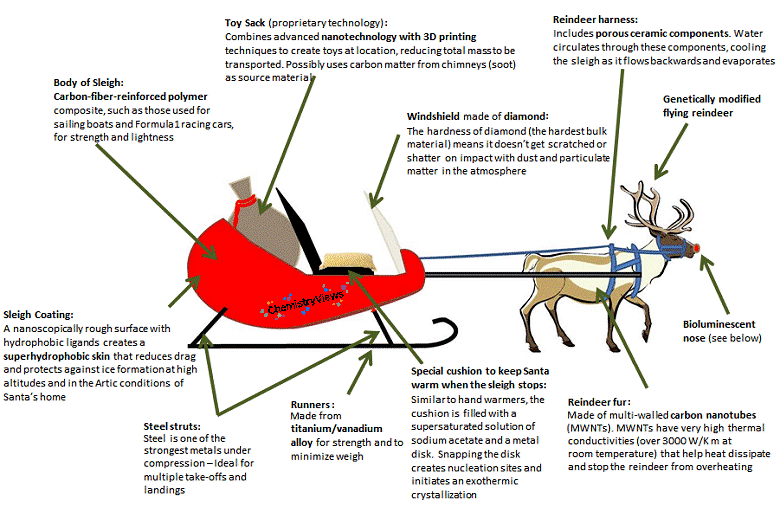 How does Rudolph’s Nose Glow Red?