During the last 19 years the global area of biotech crops increased more than 100-fold to 181 Million Has. 28 countries planted biotech crops in 2014; one more compared to last year. The US continues to be the largest producer of biotech crops, followed by Brazil, Argentina, India, and Canada [1].
The first commercial planting of Bt brinjal (eggplant) was seen in Bangladesh. 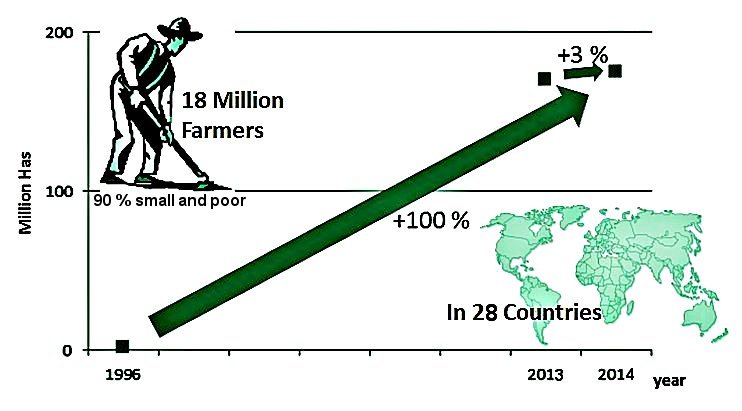 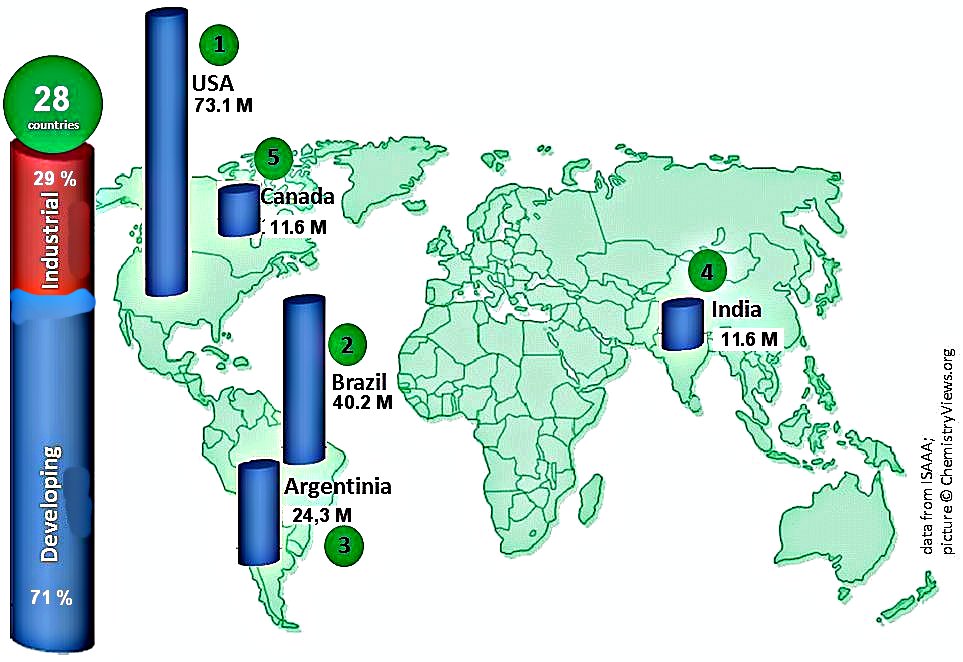 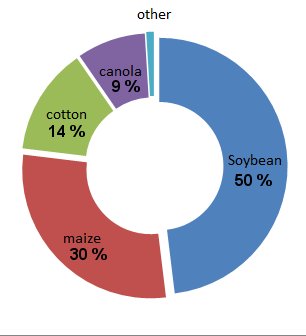 Herbicide tolerant is the dominant trait. For the first time Bt brinjal (eggplant) has been comercially planted.

Subject to regulatory approval for planting and import, over 70 new biotech crop products could be available during the next five years. They include new crops and traits and multiple modes for resistance and tolerance.