The improvement seen in the first quarter looks set to continue. The second quarter results show steady growth for the chemical industry.

(Figures reported here in billion Euros. US companies’ profits originally reported in US $, conversion to EUR accurate as of 3/8/2010. Data from each company’s press release.)

“The pleasing results of the second quarter, with total revenues well over two billion euros, show that our excellent first quarter was setting the course for the year,” said Dr. Karl-Ludwig Kley, Chairman of the Executive Board of Merck KGaA.

Exxonmobil’s chairman Rex W. Tillerson commented: “Second quarter earnings were up 85% from second quarter of last year reflecting higher crude oil realizations, improved downstream margins, and strong chemical results. We continued our focus on investing for the future with capital and exploration spending of $13.4 billion year to date, up 9% from the first half of last year.” 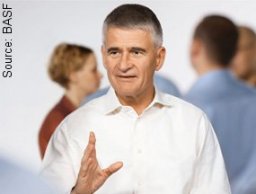 Dr. Jürgen Hambrecht, Chairman of the Board of Executive Directors stated: “We expect our sales to grow in 2010 and outpace global chemical production. We anticipate that EBIT before special items will improve considerably and we will again earn a premium on our cost of capital. According to our dividend policy, we expect a higher dividend for 2010.”

Bayer increases sales and earnings in the second quarter

“MaterialScience has left the crisis behind and saw business expand more strongly than expected. Volumes have returned to the pre-crisis level,” explained Management Board Chairman Werner Wenning. “We now expect research and development expenses for the full year to come in at a record level of some EUR 3.1 billion.”