The Nobel Prize in Chemistry will be announced today.

Overall, our readers think a male American biochemist will win the 2020 Nobel Prize in Chemistry. The top fields in the poll are biochemistry (27 %), organic chemistry (14 %), materials and polymers (13 %), inorganic chemistry (12 %), and medicinal chemistry (10 %). 51 % of the participants think an American Laureate is most likely, followed by Europe with 34 %, and Asia with 11 %. 16.5 % of our readers think a woman is likely to win—a high percentage compared with the Nobel Prizes in Chemistry so far, which have had five female winners out of 184 Laureates (ca. 3 %).

Our readers have made 155 suggestions for possible Laureates, eleven of whom are women (i.e., 7 %). The most suggested Laureates are Omar M. Yaghi, Amgad M. Rabie, and Svante Pääbo.

Who Will Win the 2020 Nobel Prize in Chemistry? 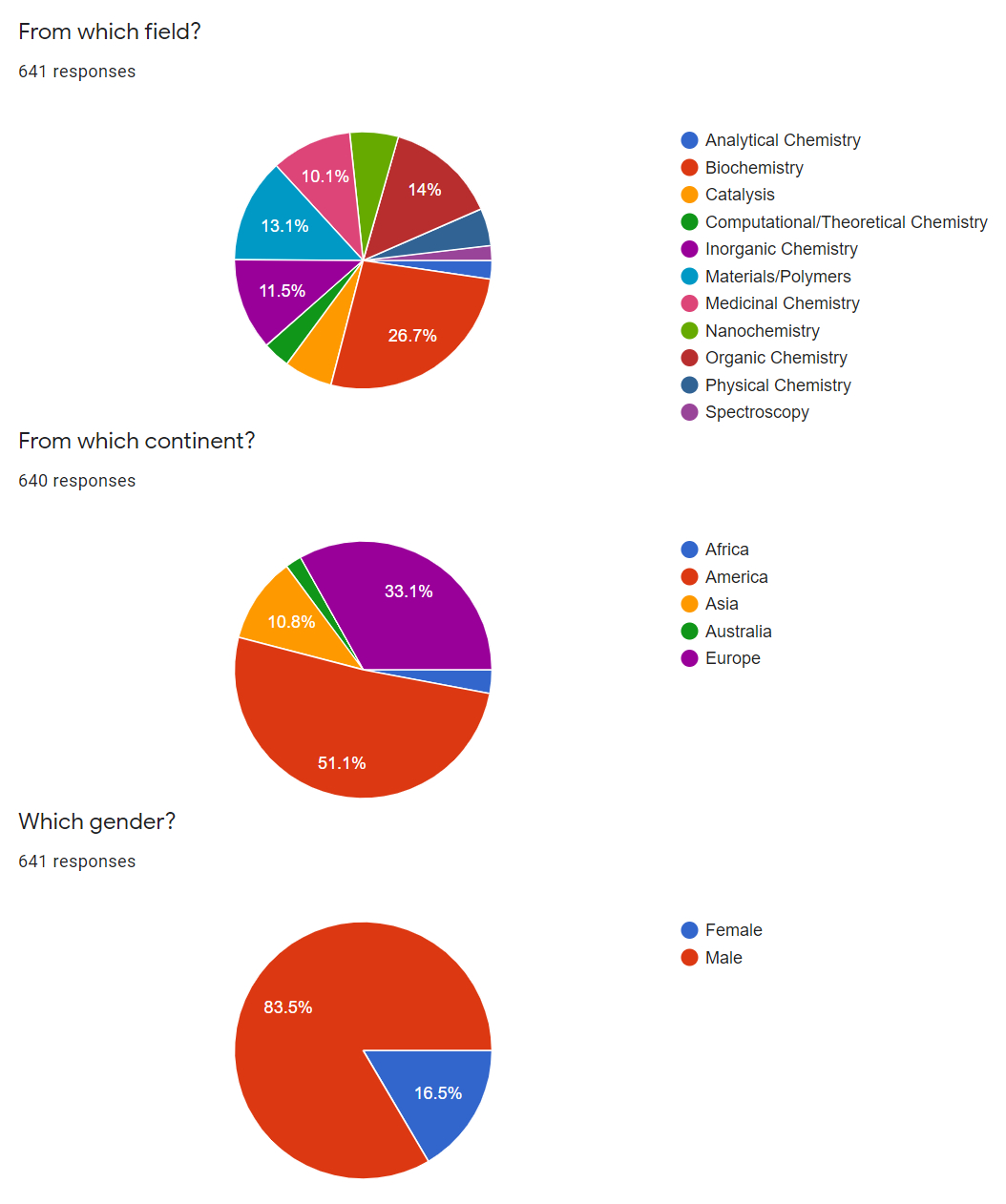 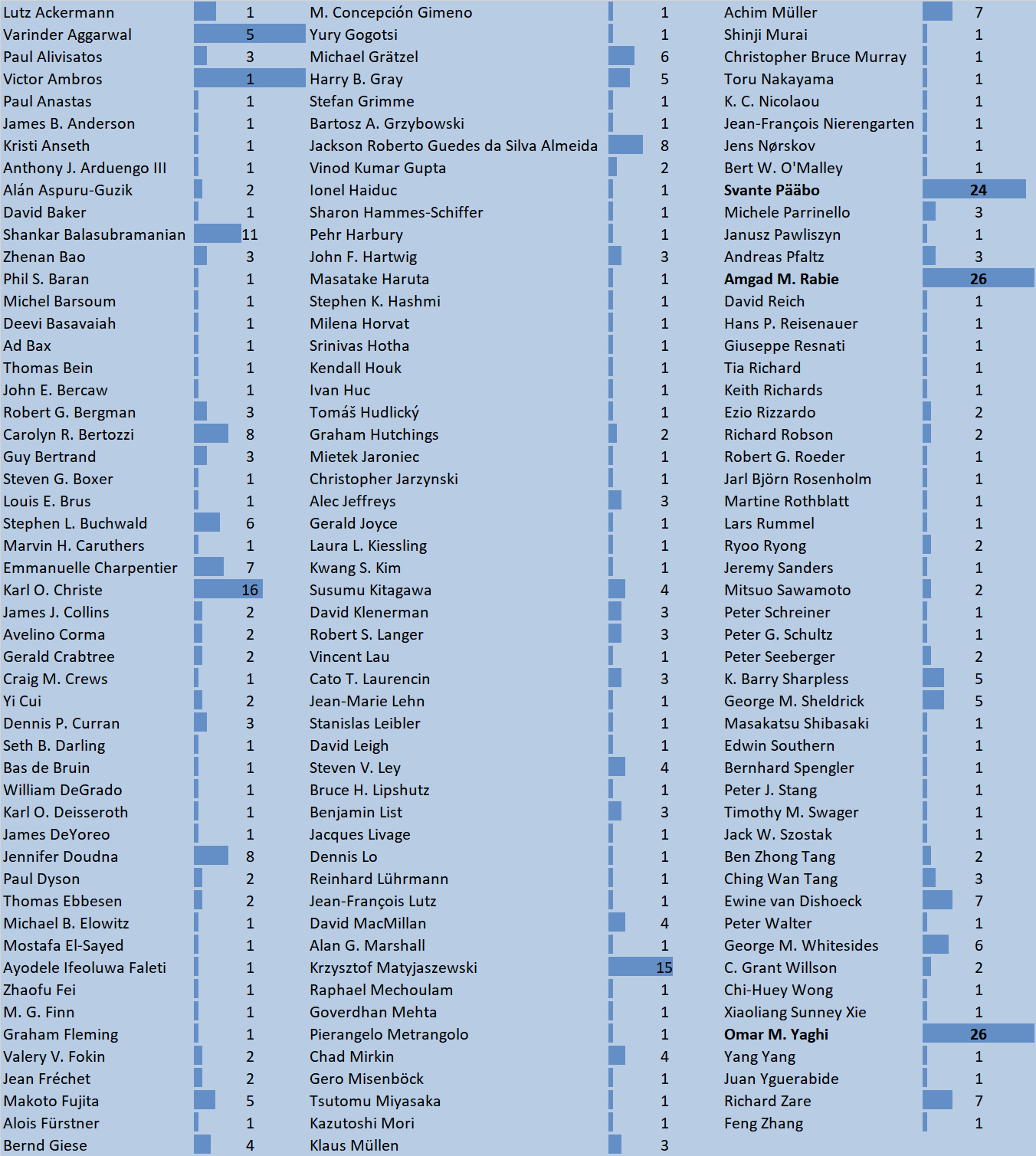