We still don’t know everything about the coronavirus (SARS-CoV-2) causing the current COVID-19 outbreak, but research is progressing rapidly. We know, for example, that SARS-CoV-2 shares a strong homology with its better-studied cousin SARS-CoV, responsible for an outbreak of SARS (Severe Acute Respiratory Syndrome) between 2002 and 2003. MERS-CoV, another member of this genus, has caused the Middle East respiratory syndrome (MERS) first reported in 2012.

Most coronaviruses are known to infect only non-human species.

How Did the Coronavirus Get to Humans?

Zoonotic diseases such as those caused by coronaviruses are infectious diseases caused by viruses, bacteria, or other parasites that spread from animals to humans. These animals, called reservoir hosts, often are adapted to the virus. Often these are bats or fruit bats (flying foxes). The cross-species jump into humans of a virus often occurred via an intermediate species (referred to as a vector), which sometimes can carry the disease pathogen without getting infected. Examples of vector species include monkeys (Ebola, HIV), swine (H1N1), horses (Hendra virus).

Bats and fruit bats are a major reservoir of many strains of coronaviruses. 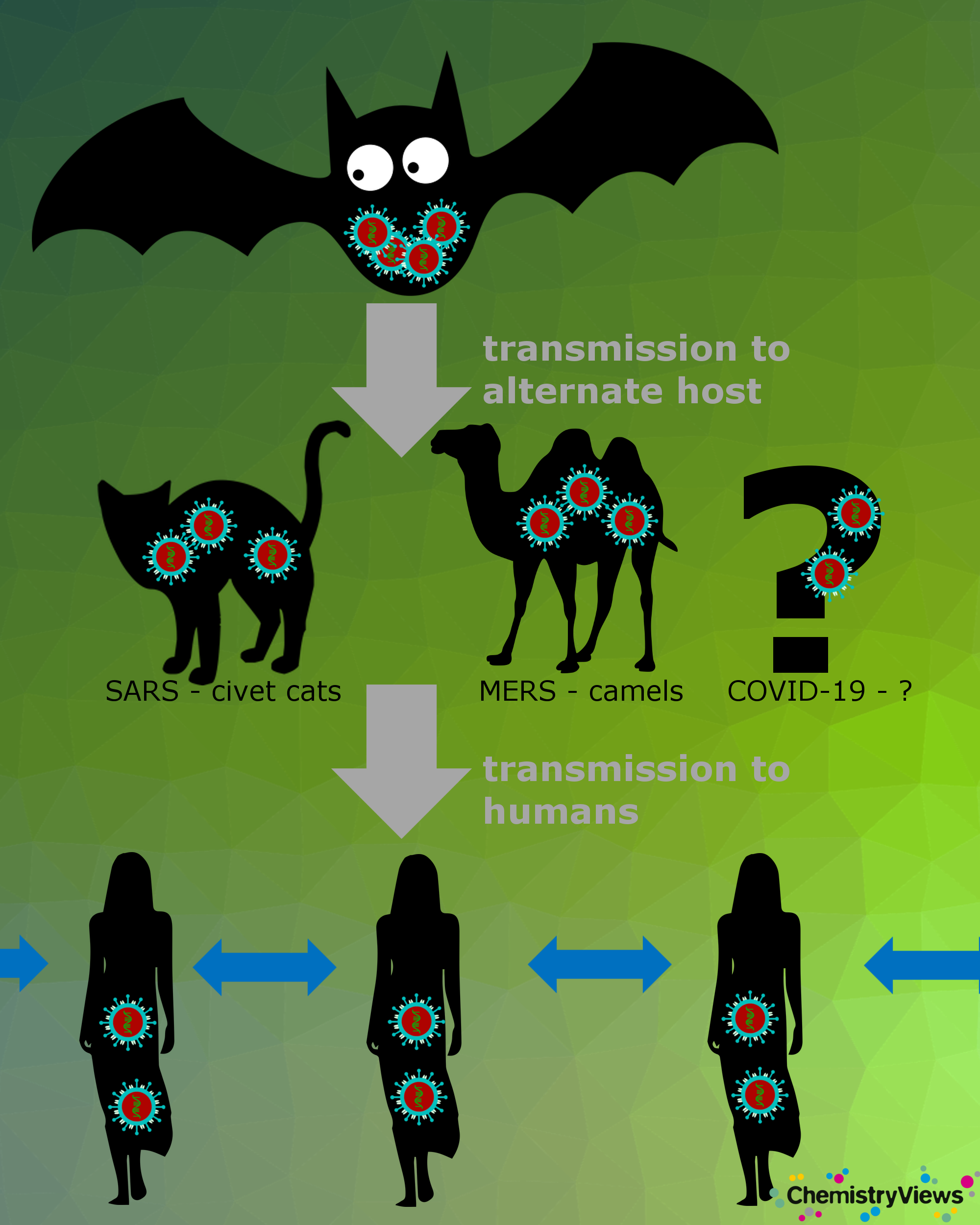 How Does a Coronavirus Enter the Human Body? 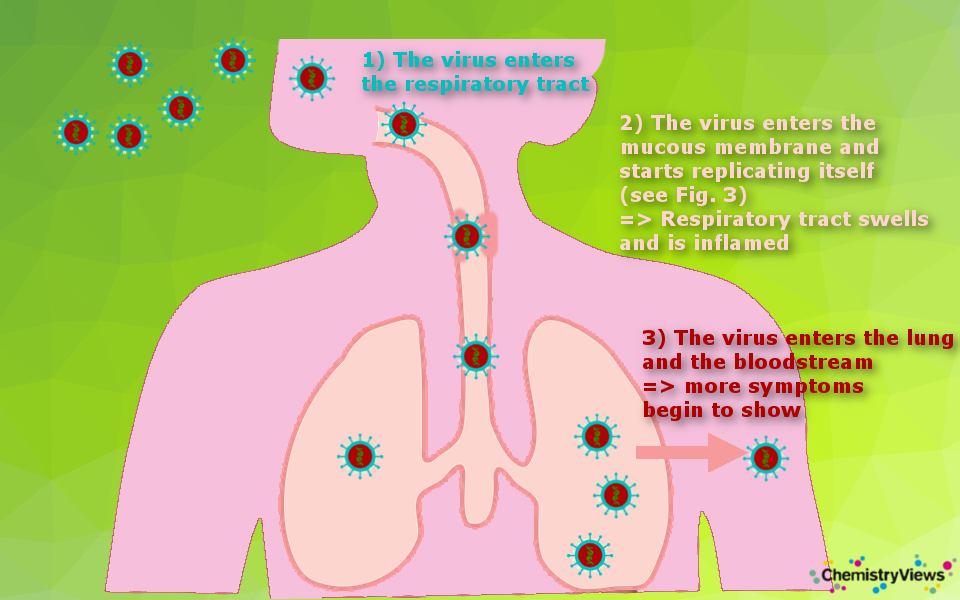 The most commonly reported symptoms include fever, dry cough, and tiredness. Other symptoms include difficulty breathing, sputum production, runny nose, pneumonia, diarrhea. The disease in severe cases may ultimately lead to organ failure. Some cases are fatal. Symptoms may appear 2 to 14 days after exposure. Long-term consequences are unknown.

Older people and those with pre-existing medical conditions such as cardiovascular disease, chronic respiratory disease, or diabetes are at higher risk for severe disease. Women seem slightly less vulnerable than men.

What Does the Coronavirus Do in Humans?

Coronaviruses (CoV) are viruses with an RNA genome surrounded by a nucleocapsid of helical symmetry. 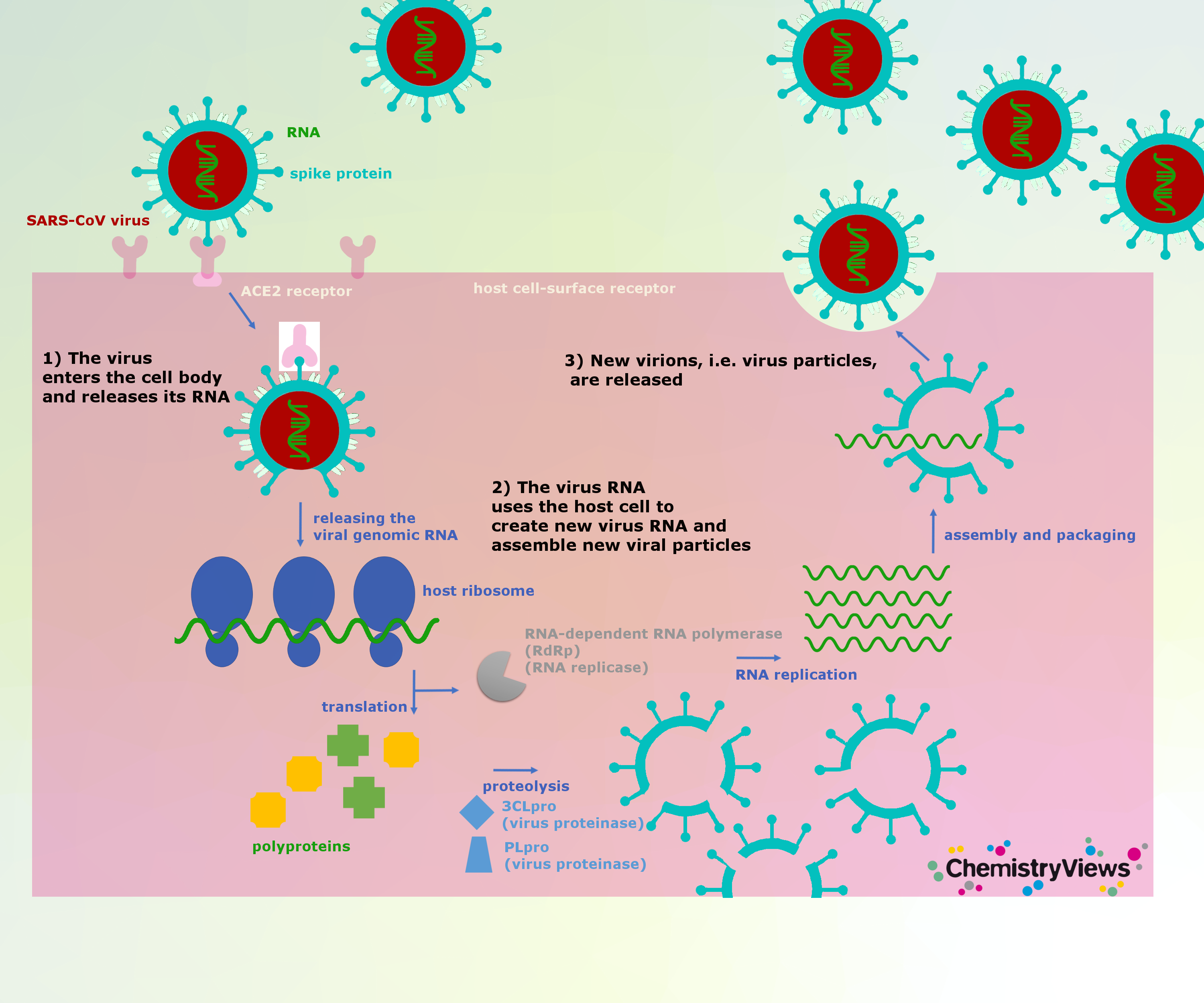