When one of Stradivari’s stringed instruments is played by an expert, enchanting us with its sound, we are seemingly far, far removed from the realm of chemistry. But to draw that conclusion would be deceptive, because not only in Stradivari’s workshop but also with respect to the strings with which the instrument is outfitted, its bow, and the instrument’s very maintenance, chemistry has played an important role. Let us eavesdrop for a bit on the wonderful sound of a Stradivarius, with ears that have been sharpened in a chemical sense.

At the heart of any concert, one finds not only composers, but above all the musicians. And rightly so, since only through their talent, and decades of tireless practice, have they developed the essential measure of technical and artistic maturity. At the same time, musicians themselves, especially the virtuosi, are at pains to stress the crucial role of the quality of their instruments: from Vladimir Horowitz, who brought his own Steinway concert grand to every concert as well as his own personal piano tuner, to Eric Clapton and his Fender Stratocaster guitars.

From the public’s standpoint, instrument makers always remain in the background, with one exception: the violinmaking families Amati, Guarneri, and Stradivari, all of whom resided in Cremona, Italy, in the 17th and 18th centuries. Each of the three families produced one especially gifted violinmaker: Nicoló Amati (1596–1684), Giuseppe Guarneri del Gesù (1698–1744), and Antonio Stradivari (1644–1737).

*The Lady Tennant was later loaned to the Chinese violinist Yang Liu, who after a period of more than 25 years first played it again in a concert on the Kennedy Center Millennium Stage, Washington, D.C., USA, on 15 June 2005.

This distinction and singularity has led to selling prices in the millions for individual instruments of theirs (Tab. 1), and at the same time has created the impression that only violinmakers of the 17th and 18th centuries were capable of producing good violins. But that’s simply not true! Craftsmen of the 19th, 20th, and 21st centuries were and are also the source of superb instruments.

Nevertheless, almost all the international violin virtuosi swear by their Stradivari, and develop an almost emotional attachment to them. The tone of a Stradivarius is described as “very lively”; it “flickers”: the tone “shifts about like candlelight”. Consider the Grammy Award winning German Violinist Anne-Sophie Mutter, with respect to her Stradivarius, “Lord Dunn-Raven”: she loves its “sound, its beauty, as well as its sheer endless depth of expression”, and she says she always discovers “even after more than 20 years, new features in this marvelous instrument” [1]. Incidentally, she trusts her instrument for its annual reconditioning to only a single master, the French violinmaker Etienne Vatelot, who is for her a “violin genius”. Only he is allowed to polish the ebony fingerboard, reset the bridge, or renew the varnish wherever it has become worn. In short, her relationship with her Stradivarius amounts to a “story of endless love”.

Scientists often find themselves somewhat helpless in the face of such emotions, associated in the end with what amounts to a mere sounding box. So our goal now is, with the aid of scientific expertise, to get to the bottom of the secret of a Stradivarius, and ascertain what contribution chemistry makes here to an extraordinary pleasure derived from sound. The reader will probably be somewhat astonished by the outcome of our endeavor!

The Amati Family
It may come at the outset as something of a surprise that the very musical instrument we know as the violin made its debut all of a sudden: in Cremona, Italy, around 1550, thanks to the luthier (or “lute maker”) Andrea Amati (1505–1576) (Fig. 1). There is actually a well-documented shipment of 25 of his violins to the Court of Charles IX of France. The Amati family operation was continued by Andrea’s sons Antonio and Girolamo, and from 1630 by his grandson Nicoló.

Figure 1. The violin was invented by Andrea Amati.

Antonio Stradivari
Nicoló Amati was not only the preeminent violinmaker of the 17th century (Fig. 2), he also trained an entire generation of violinmakers. Although positive proof is lacking, one of his pupils is thought to have been Antonio Stradivari, who until 1679 built violins very much in the style of the master. In 1680, on the Piazza San Domenico in Cremona, he opened a workshop of his own, and began experimenting with wood strengths, primer coats, and varnish formulations. In his “golden period”, between 1700 and 1720, he reached the zenith of his craftsmanship, which in the opinion of many experts has never been surpassed by anyone.

In his more than 90-year lifetime, Stradivari built ca. 1200 violins, about 650 of which have survived and are still playable. With many of his instruments, Stradivari apparently created what from the standpoint of esthetics and sound were truly optimal instruments, the form of which has hardly changed in the ensuing 300 years (Fig. 3).

2. The Structure of a Violin

Tone
The tone of a violin is achieved by vibrations of the four strings, with fundamental frequencies of 200, 300, 440, and 660 Hz (corresponding to g-d-a-e), their vibration being induced by a bow. But without the body of the violin, the vibrations would scarcely be audible. This is due to an acoustical “short circuit”, in that the vibrating strings press upon air in front of them, creating a positive pressure, but at the same time an equivalent negative pressure on the opposite side. The compressed air in front flows immediately around the string to the rear, resulting in almost instantaneous pressure equilibrium. As a result, no pressure wave is able to develop in the direction of the listener, and members of the audience would be unable to hear the violin’s sound even in the front row! A powerful sound wave can form only if this acoustical short circuit is averted — precisely what the wooden body of the instrument accomplishes. Thus, the vibration of the strings is conducted by way of a bridge to the top plate of the violin (Fig. 4).

Figure 4. Components and structure of a violin.

Form
The unusual form of the violin’s body (corpus) is dictated by practical necessities:

Including the neck and the scroll, a violin is approximately 60 cm long, and weighs, as noted, about 400 g. The arched top, or soundboard, of the body is made of fine-grained spruce, whereas the ribs (or side-pieces) and the similarly arched back are normally of maple.

The four strings run from a tailpiece, attached to the base, up to the tuning pegs, around which they are wrapped, near the upper end of the neck. The overall tension on the strings—ca. 28 kg—bears down to the extent of ca. 14 kg upon a narrow maple bridge, only a few millimeters thick.

Tone and volume are optimized with the aid of the sound post, wedged loosely between the top and the back, approximately at the level of the bridge. Vibrations of the strings are transmitted via a rocking motion of the bridge, over the latter’s feet, to the top, and from there by way of the sound post to the back. A bass bar, glued to the underside of the top, prevents energy transfer of the higher harmonics (overtones), thereby strengthening the lower frequencies.

On the whole, a good violin should be easy to play, produce the best possible sound in all ranges, and have a marvelous appearance. The violinmaking families Amati, Guarneri, and Stradivari accomplished between 1650 and 1740 the seemingly impossible in this regard, producing many instruments that clearly fulfill the visual and structural demands, at the same time sounding superb. In the meantime there has been no lack of valiant efforts to further modify both form and material, but none has prevailed. More than 250 years have elapsed, despite which modern violins continue to be oriented very closely in makeup, material properties, and dimensions on their Italian role models. For this reason, the layman at first glance is scarcely able to distinguish between a Stradivarius and a high-quality modern violin.

With all due admiration, one should not forget that, in virtually every Stradivarius still in use, the sound post and bass bar had already been reinforced during the 19th century, significantly improving the instrument acoustically. Still, absolute purists would argue that the original Stradivarius tone fell victim to the 19th century, and has long since been lost to us.

3. So: Wherein Lies the Secret of a Stradivarius?

A Stradivarius, as such, is a work of art from the 17th or 18th century, and the fact is that this musical instrument is still in regular use today as a musical instrument, and it has an unforgettable sound which according to the opinions of experts, elevates it above all other violins. Its tonal quality is a direct function of the vibrational characteristics of the violin in the audible frequency range.

For over 130 years, physicists have intensively—and imaginatively—studied the acoustics of violins, including first-rate scientists like Felix Savart (1792–1841, Biot–Savart Law), Hermann von Helmholtz (1821–1894), and Chandrasekhara V. Raman (Raman spectroscopy, 1888–1970, Nobel Prize for Physics, 1930). Unfortunately, the countless fascinating, and often very original, experimental approaches can be touched upon here only very briefly [2, 3].

George Bissinger at East Carolina University, USA, and David Oliver at Polytec, Inc., Massachusetts, USA, studied the vibrational properties of old Italian violins, where a small hammer was used to tap on the bridge, with the resulting tiny deflections being examined using three-dimensional laser-Doppler vibrometry [4, 5].

The fundamental vibration of the body of the violin is still symmetrical (Fig. 5, left), whereas overtones show an asymmetry (Fig. 5, right) determined by the asymmetric structure. It was shown that the Stradivarius known as “Titan” compared to a Guarneri del Gesù known as the “Plowden” displayed a better relationship between audible vibrations perpendicular, to those barely audible vibrations in the planes of the top and back plates.
That is to say, the Stradivarium more effectively converts vibrations of the bridge into vibrations that are audible.

Resonance
In another study, the resonance behavior of the Stradivarius “Titan” from 1715, after mechanical stimulus, was recorded with a microphone [6]. There were observed a large number of intrinsic resonances of the violin, and the frequency dependence proved highly nonlinear. This has important consequences for the sound of the violin. Thus, if the musician modulates the pitch while playing, i.e., introduces some vibrato, it, of course, changes the frequencies of the fundamental and overtone vibrations, but in addition the proportions of the overtones vary due to the sharp spikes in the frequency spectrum. In other words, the vibrato effect modifies not only the pitch, but also the sound character of a note (Fig. 6).

Acoustic
With respect to studying the acoustic behavior of violins, highly original experimental approaches have been pursued. The American physicist Carleen M. Hutchins is somewhat famous for the fact that she bored a multitude of holes in the ribs of her Stradivarius reproduction, holes which she was then able to plug with stoppers at will in preparation for studying the resultant changes in the instrument’s acoustical properties (Fig. 7) [7]. 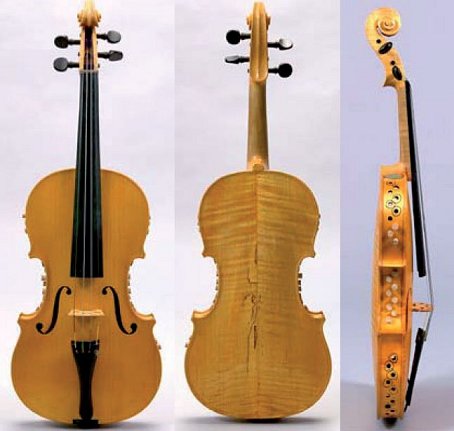 Figure 7. “Le Gruyère”, or “Swiss Cheese”, under examination for its acoustical properties [7].

In consequence of its “holey” construction, this violin was affectionately christened “Le Gruyère”, or in English: “Swiss Cheese”.

Overall, the many acoustical studies have provided us with profound insight into sound production with a string instrument. Nevertheless, despite lengthy and intensive efforts, one is forced still to concede that a violin is an extremely complex object for investigation, and with the current state of knowledge we are still far from able to provide a “Construction Handbook for a Stradivarius”.

Chemical Secrets of the Violin Virtuosi — Part 2 and 3

In part 2 we consider from a chemical point of view those components of the Stradivarious that are the principal sources of sound characteristics.

In part 3 we ask if the Stradivarius really sounds better than all the rest?

See all articles published by Klaus Roth in ChemistryViews