The 4th EuCheMS Chemistry Congress in Prague, Czech Republic, on August 26–30 was a successful and lively event. The ten main scientific sections, each hosting several symposia, provided a comprehensive overview of the current state of chemistry, with chemistry for a sustainable world as the unifying theme. Special symposia on topics such as Chemistry and Ethics and Funding Chemistry in Europe were well received and much discussed. Throughout the conference, marvelous views across Prague could be enjoyed. 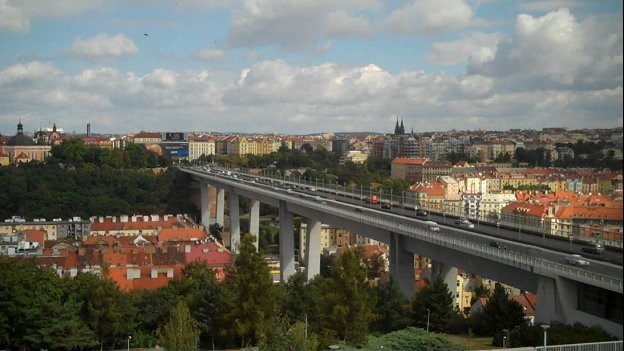 The Congress opened on the afternoon of Sunday August 26th, with a ceremony and welcome address. The opening ceremony was commenced by Professor Pavel Drasar, chair of the local organising committee. It also included the presentation of several awards, including Professor Marc Taillefer, Institut Charles Gerhardt, Montpellier, France, receiving the European Sustainable Chemistry Award, Professor Sason Shaik, The Hebrew University, Jerusalem, Israel, and Professor Martin Quack, ETH Zurich, Switzerland, sharing the August Wilhelm von Hofmann Gold Medal of the GDCh. There followed a plenary lecture by Nobel Laureate Professor Jean-Marie Lehn, University of Strasbourg, France, on supramolecular chemistry and how it is moving towards adaptive chemistry. There was then a break and a welcome reception. An evening concert by the Czech Collegium, made up of leading players from the Prague FOK Symphony Orchestra and Czech National Symphony Orchestra, completed the first day. The concert included exerts from popular musicals such as West Side Story, My Fair Lady, and Phantom of the Opera.

The scientific program began on Monday morning with a plenary lecture by Professor Gerhard Ertl, Fritz Haber Institute of the Max-Planck-Gesellschaft, Berlin, Germany, entitled Catalysis at surfaces: From atoms to complexity. The program then split into the separate streams, which included areas such as Environment and Green Chemistry and Solid State and Materials Chemistry.

On Monday evening many conference participants also took part in reception hosted by the American Chemical Society (ACS) and the Gesellschaft Deutscher Chemiker (GDCh, German Chemical Society), and supported by Wiley-VCH, ACS Publications, and the Chemical Abstract Service. It honored the European research community and celebrated the role of learned societiesand scholarly publishing in advancing science. Excellent food and drink provided the backdrop for many fruitful discussions and networking opportunities. 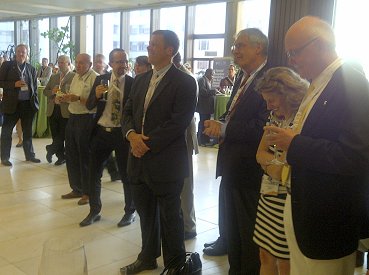 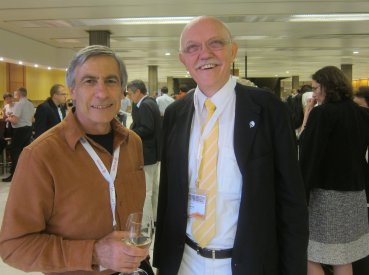 The poster session was held on the Tuesday evening. Young researchers got the chance to discuss their latest results with interested colleagues. Afterwards, all participants got to enjoy the congress dinner at the Grand Monastery restaurant. 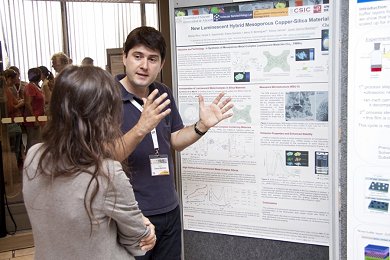 Professor Javier Garcia-Martinez (right), University of Alicante, Spain, explains his latest work, such as the first successful production of mesostructured zeolite Y on a commercial scale, at the poster session. © EuCheMS.

The scientific program continued in full force on Wednesday and the evening culminated a dramatic reading of Insufficiency, the latest science-based play by Professor Carl Djerassi, Stanford University, USA. In this play, the science of “bubbleology” is applied to champagne and beer with a few digs along the way at the foibles of academic publishing, academic snobbery, and academic tenure.

Thursday began with Professor David Milstein, Weizmann Institute of Science, Israel, delivering the EuCheMS Lecture, which is this year shared between him and Nazario Martín, Universidad Complutense de Madrid and the Madrid Institute for Advanced Studies in Nanoscience (IMDEA), Spain. Milstein’s topic was the discovery of metal-catalyzed reactions for sustainable chemistry.

The congress closed on Thursday evening with a final plenary lecture by Professor Robert Grubbs, Californian Institute of Technology (Caltech), USA, on the design and applications of selective reactions of olefins.

At the Closing Ceremony the winners from the European Young Chemist Award (EYCA) were announced. The EYCA recognizes and showcases the excellent research being carried out by young scientists working in the chemical sciences. The finalists had presented their work before a jury and had taken questions from the jury and the audience during the conference.

Two silver medals and one gold medal were presented for each category: graduate and undergraduate. The winners of the gold medals were Elisabetta Collini, University of Padua, Italy, and Shan Jiang, University of Liverpool, UK. Collini’s research is focused on nonlinear optical properties and excited state dynamics of multichromophoric systems, while Jiang’s Ph.D. project is on the self-assembly of porous organic cage molecules.

The runners up were Dr. Jerome Waser, and Professor Yury Tsybin, both Ecole Polytechnique Fédérale de Lausanne, Switzerland, in the graduate section and Dr. Olalla Vàzquez, University of Santiago de Compostela, Spain, and Gabriel Loget, University of Bordeaux, France, in the undergraduate section.

The complete list of the finalists is available at http://www.eyca2012.org/finalists-2012/ and more pictures of the EYCA event can be found on their facebook page.

More pictures of the congress can be found on the conference’s webpage.

The Closing Ceremony concluded with an invitation to the 5th EuCheMS Chemistry Congress in Istanbul, Turkey, 31st August – 4th September, 2014.