At the end of the 30th ACHEMA, exhibitors and organizers were very pleased about the development of the world’s greatest exhibition for chemical engineering and biotechnology. Visitor and exhibitor numbers remained stable while the exhibition area increased by 2 % to 136,400 m².

3,773 exhibitors from 56 countries, around 50 % from abroad, presented to 167,000 visitor their products and services ranging from the chemical industry to the pharmaceutical branch, to the food industry, agriculture and biotechnology through to the energy sector and materials technology.

The ACHEMA 2012 began on the Sunday evening before the main exhibition opened with welcoming addresses by Dr. Hans Jürgen Wernicke, Chairman of DECHEMA e.V., Günther Oettinger, Commissioner for Energy, European Union, Dr. h.c. Petra Roth (below, left), Lord Mayor of the City of Frankfurt, as well as a lecture by Professor Ferdi Schüth (below, right), Director of the Max Planck Institute for Coal Research, Mülheim an der Ruhr, Germany, and a panel discussion entitled ‘The Energy Turnaround and the Chemical Industry – Opportunity or Threat?’. See more: Snapshots from ACHEMA2012.

Professor Rainer Diercks, member of the Board DECHEMA e.V., gave a positive outlook for the chemical industry at the opening press conference. See more: Outlook for Chemical Industry.

The exhibition opened on the Monday morning. Of all the ACHEMA exhibition groups, two had impressive growth rates: “Instrumentation, Control and Automation Techniques” and “Pharmaceutical, Packaging and Storage Techniques”. The record total of over 1,000 exhibitors in the “Pumps, Compressors and Valves and Fittings” group made this the largest pump exhibition worldwide. For example, among these was the PFA lined magnetic driven sealless pump (below right).

The latest in mixing, heating, distilling and crushing applications was shown by IKA laboratory technology (2nd row, right), Staufen, Germany, to give just one example of the many exhibitors at ACHEMA 2012. For details on latest trends see the reports of the ACHEMA reporter.

The Wiley booth with its special football theme to tie in with the European soccer championship was a place where people could come and mingle, learn about latest publications, for example the 7th edition of Ullmanns, enter one of the competitions, or sign up for a ChemistryViews newsletter. There was also a cocktail happy hour each day that proved very popular.

The Wiley booth was also the starting point for process technology, chemistry and biotechnology students reporting on the latest trends on behalf of the journals CITplus and CHEManager. The editorial team (below) was very happy with their reports; read and review the ACHEMA reports. 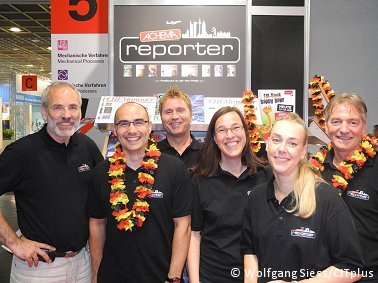 The Nachrichten aus der Chemie, the membership magazine of the German chemical society (GDCh; Gesellschaft Deutscher Chemiker), celebrated their 60th anniversary with a Blaue Blätter-themed cake and champagne for everyone. 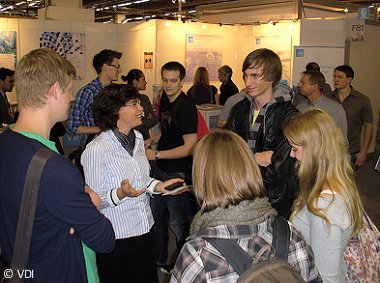 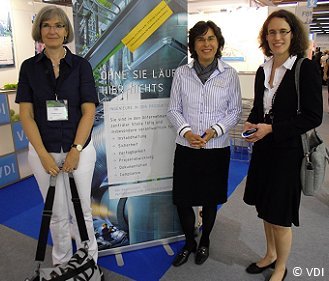 In addition to the exhibition, throughout the week there was the traditional Congress programme with over 900 lectures. The main focus of the congress was energy and bioeconomy. It was supplemented by numerous prestigious guest events, such as the expert round table ‘Automation Dialog’, jointly hosted by NAMUR, ZVEI (Zentralverband Elektrotechnik- und Elektronikindustrie e.V.), and ARC and the ‘International Powder and Nanotechnology Forum’ organised by the Japanese Powder Process Industry and Engineering Association.

On the first day of the congress, bioeconomy was the topic of a public panel discussion. The “Bioeconomy showcase” organized by the Federal Ministry of Education and Research and the Agency for Renewable Resources FNR illustrated that the bioeconomy is not just an idea, but a tangible reality. 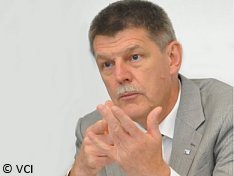 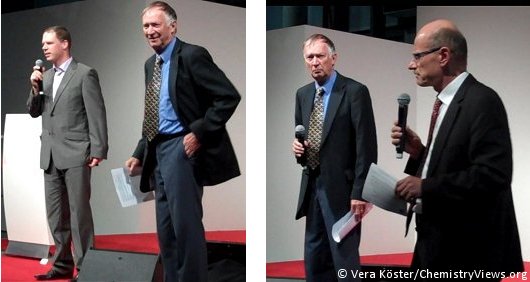 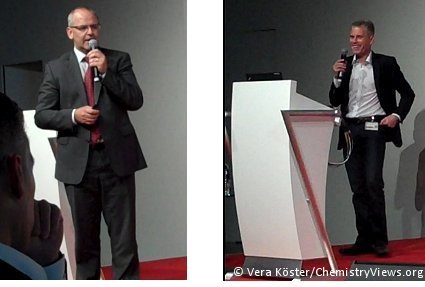 Professor Wolfram Koch (below), Executive Director of the GDCh, introduced and moderated the closing colloquium. 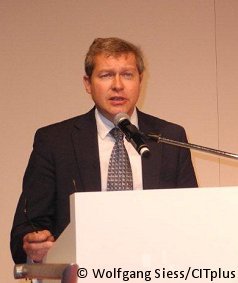 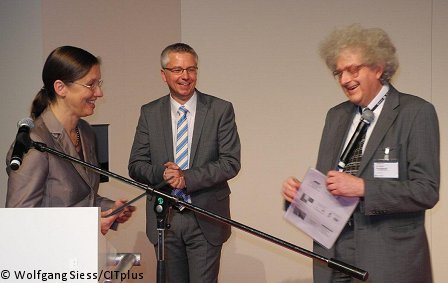