A lifestyle evolved in the industrialized world over the course of the 20th century that entailed relatively little motion, together with a diet made up of too many sweets and excessive fat. This led, of course, to much of the population becoming overweight. One reaction was increasing interest in low-calorie diets, taking advantage of sweetening agents free of calories. Indeed, today’s consumers have access to a host of such synthetic and natural substances, although the “perfect” sugar substitute has yet to be found. The search goes on.

As we have seen in the previous parts, saccharin (see below) was the very first representative of the calorie-free sweetening agents, a class of compounds now referred to generally as “sweeteners” [31]. Saccharin was a blessing for diabetics, but its major economic significance was actually due to its being an inexpensive sugar substitute for the population at large.

Diets With Reduced Nutritional Value Involving Calorie-Free Sweeteners
It was only in the second half of the 20th century that the social structure of saccharin consumers began to change. Increasing lack of exercise and a diet (as noted above) too rich in sugar and fats caused broad sections of the population, especially affluent peo 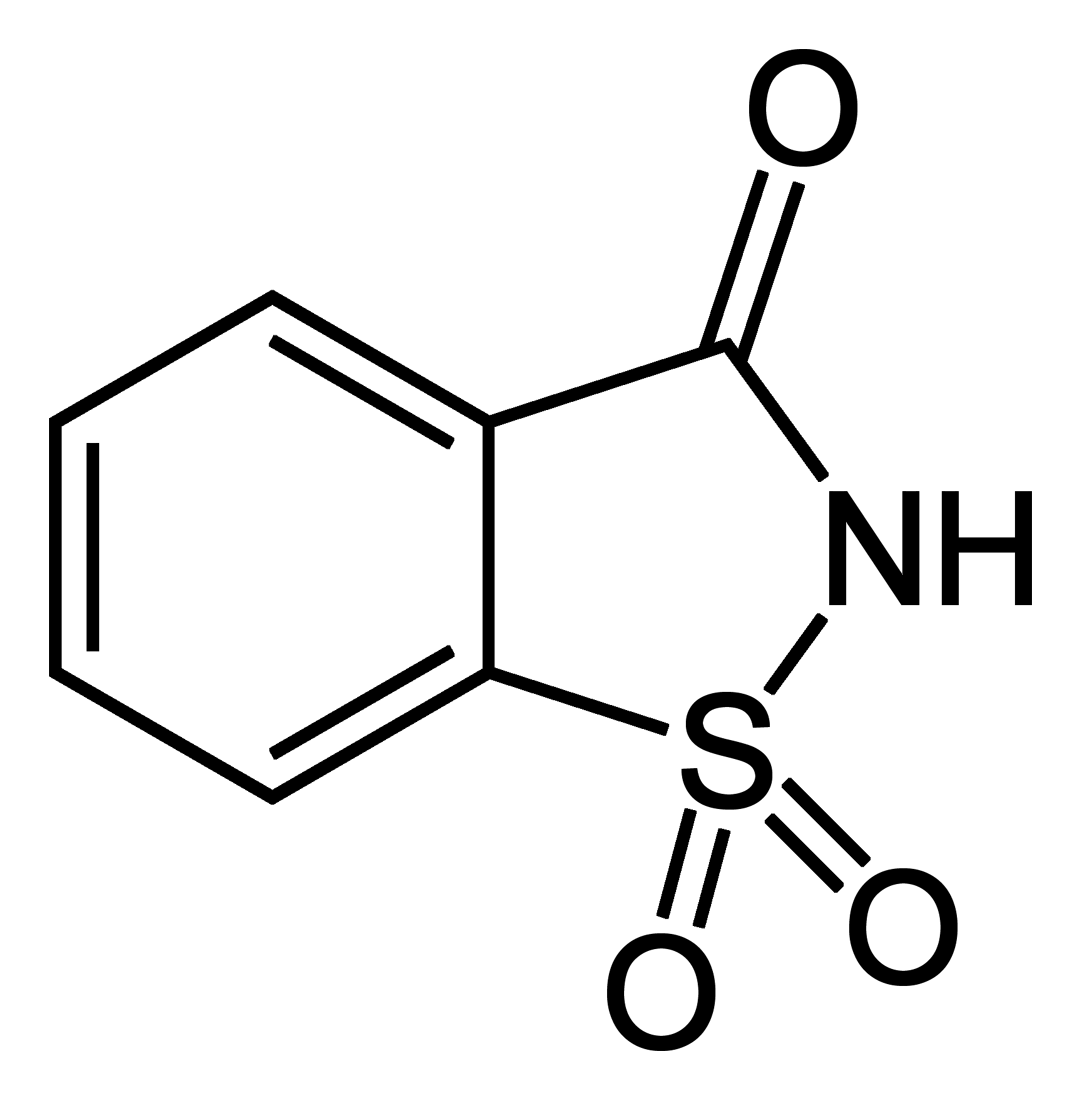 ple, to gain considerable weight. In the early 1960s, a contrasting “fitness wave” resulted, with the demand for reduced-calorie foods growing enormously. Virtually every new magazine featured some striking low-calorie recipe, addressed primarily to female readers. The incredible growth of the market-listed firm Weight Watchers®, founded in the United States in 1963 (and since 1970 listed also on the German stock exchange), gives testimony to the widespread yearning for a slender form. Suddenly it was not only the impoverished and diabetics who clamored for artificial sweeteners, but also the overweight well-to-do (or at least those who thought they were too heavy), because modern sweeteners were free of calories.

Before we turn to examining the wide variety of sweeteners on the market today (see parts 5–8), we should glance briefly back to ancient Rome, and the most hair-raising of all sweeteners.

Granulated sugar was unknown to the Romans, and honey was relatively expensive, so when they wanted to sweeten something, people generally turned to grape juice. Three variants were employed:

Wine sweetened with defrutum became so popular that Plinius (23–79 A.D.) grumbled: “Unadulterated wine in its natural state is no longer to be had; even among the upper classes,” adding, “So many poisons are added to wine in conformance to our tastes — and then we wonder that it becomes indigestible” [33].

Defrutum was added not only in large quantities to wine: it also lent a beloved sweet overtone to many cherished dishes. Above all, defrutum was an indispensible ingredient in liquamen (or garum) the ancient Roman equivalent of today’s “Worcestershire” (or “Worcester”) Sauce, based on fermented fish. In the cookbook of the classical Roman “gastronomic author” Marcus Gravius Apicius (25 B.C. – ca. 35 A.D.) [34, 44], defrutum, sapa, and especially liquamen were ingredients in more than one-fourth of all the recipes presented (see Fig. 13). 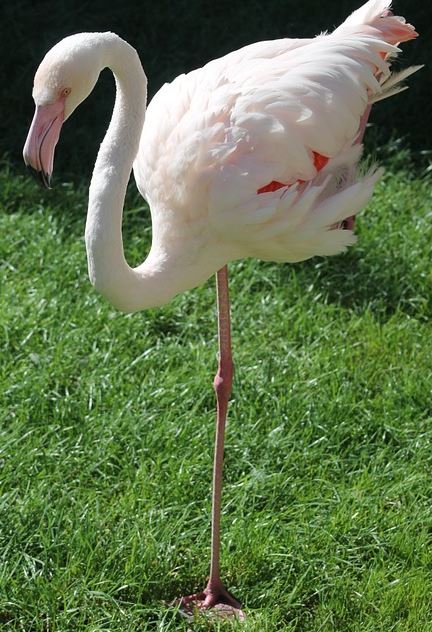 The gourmand with an exquisite sense of taste, and perhaps a certificate of Latin proficiency, should someday try surprising a loved one with an ancient Roman feast alla maniere di Apicius. ChemistryViews.org suggests that you begin by sliding into the oven a plump young flamingo (right). The roast should be crowned with a sauce delicately seasoned with liquamen and defrutum.

The modern connoisseur who wishes to prepare things in a truly authentic way would need to make the defrutum by thickening grape juice in a home-made cooking utensil fashioned of lead. During thickening, a small amount of sweet-tasting – but poisonous – lead(II) acetate will form. Since lead pans are no longer commercially available, the purist would need to simulate chemically the authentic heavy-metal “kick” by adding a pinch of lead acetate.

ChemistryViews.org explicitly advises against this method, however, recommending instead the preparation of a lead-free defrutum variant. For this purpose, red wine sweetened with honey is concentrated to one-half the original volume. The basis of sncient Roman liquamen can be closely approximated by fermented Asian fish sauce (Thailand: nam pla; Vietnam: nuoc mam).

Even the sweetening of wine (!) with defrutum, i.e., concentrated grape juice, summons from a culinary point of view a vigorous shaking of the head, but on closer inspection of the preparation instructions, a serious cringing instead! The best defrutum is allegedly acquired with a very special trick that Lucius luius Moderatus Columella (who died in 70 A.D.) reveals to us in his textbook de re rustica (“From Agriculture”):

“IPSA AUTEM VASA, QUIBUS SAPA AUT DEFRUTUM COQUITUR, PLUMBEA POTIUS QUAM AENEA ESSE DEBENT. NAM IN COCTURA AERUGINEM REMITTUNT AENEA ET MEDICAMINIS SAPOREM VITIANT.”
(“The container in which sapa or defrutum is boiled down should preferably be made of lead rather than bronze. Because bronze, in the course of boiling, gives off verdegris, which spoils the flavor of the preparation.”)

Chemical Standpoint
From a chemical standpoint Columella is correct, because metallic copper releases copper ions in the course of heating with acidic fruit juice, and this indeed lends an unpleasant metallic overtone to the taste of the product. Pots and pans made of lead do not cause this particular problem: instead, they enhance the sweetness of the concentrate, since boiling with sour juice leads to production of sweet-tasting lead(II) acetate, Pb(CH3COO)2, still known as “sugar of lead”. This unintentional in situ preparation of a “sweetener” does lead to one free of calories, but like all lead(II) salts it is also poisonous! The toxicity is a consequence of lead(II) ions replacing calcium, zinc, or iron(II) in countless enzymes. Consequently, the resulting poisoning symptoms are extraordinarily diverse, and involve the central nervous system, and above all in the case of chronic poisoning, the digestive tract and formation of hemoglobin, since a central enzyme in heme synthesis, δ-aminolevulinic acid dehydratase, is inhibited by lead ion [36].

The possibility that large parts of the population in ancient Rome suffered from chronic lead poisoning has been a subject of considerable speculation. For example, the geochemist J. O. Nriagu, based on the consumption of wine sweetened with defrutum, in 1983 estimated a value for the mean Roman burden of lead, claiming [37, 38] that chronic lead poisoning of the upper classes in fact probably contributed to the downfall of the Roman Empire! This hypothesis was soon subjected to harsh attack [39], however, and analyses of 55 skeletons recovered from Herculaneum showed an actual lead content which was in fact lower than that characteristic of modern Europeans [40–42]. Apparently, the fall of the Roman Empire needs to be attributed to other causes.

Preventing Lead Contamination
The dangers of chronic lead poisoning are well known today, and contamination of our food sources and drinking water with lead(II) compounds are essentially prevented by a wide variety of precautionary measures [43]. The use of lead-containing pigments, such as litharge (PbO) and minium (Pb3O4), for enhancing the appearance of foodstuffs, was forbidden and heavily penalized as early as the Renaissance. Somewhat later, lead cookware disappeared, and fortunately the 20th century saw the same fate befall lead pipes in drinking-water supply lines. Recently, the use of leaded gasoline was also drastically reduced. The reasonableness of the latter measure has been confirmed by the observed reduction in lead content in human bone samples.